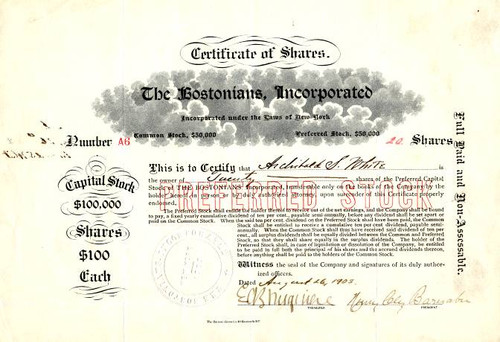 Beautiful RARE stock certificate from The Bostonians, Incorporated issued in 1903. This historic document was printed by the Broun-Green Company and has a vignette of the company's name. This item has the handsigned signatures of the Company's President, Henry Clay Barnabee and Treasurer, Emil Burguiere and is over 108 years old. Issued to and endorsed on the back by Archibald S. White. 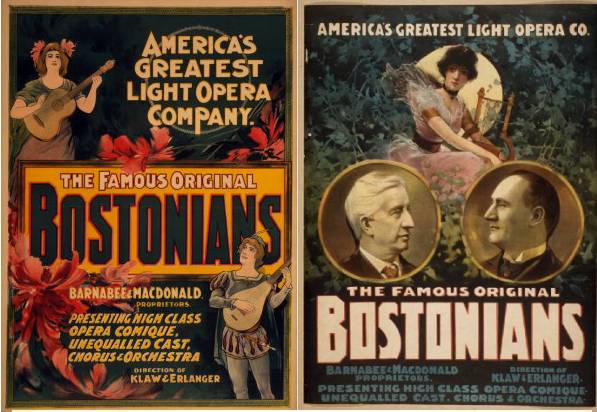