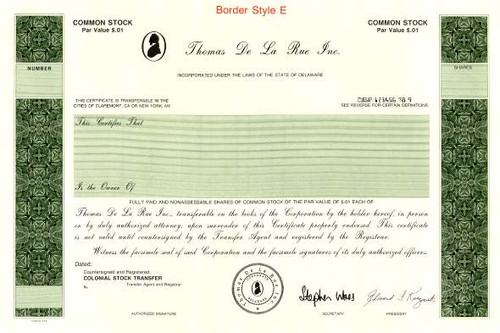 Beautifully engraved Specimrn certificate from Thomas de la Rue Inc. This historic document was printed by Thomas de la Rue and has a block border with a vignette of the outline of a man. This item is hand signed by the Company's President and Secretary.