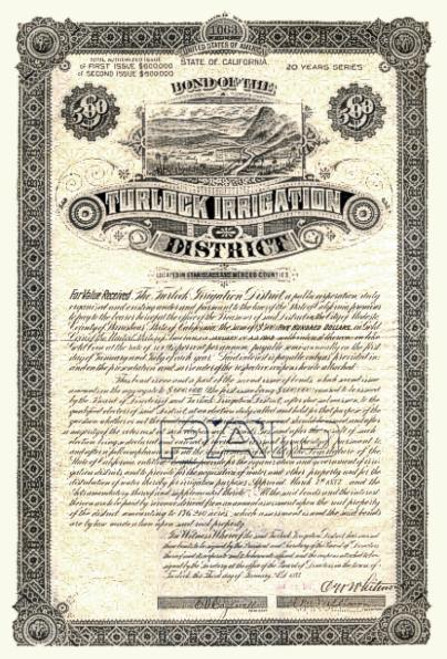 Beautifully engraved certificate from the Turlock Irrigation District issued in 1893. This historic document was printed by the H. S. Crocker Company SF and has an ornate border around it with a vignette of a valley with a river and farmland and a large dam overflowing like a waterfall in the background. Embossed seal. Small vignettes of a bear's head in the corners. This item has the signatures of the Company's President, E. V. Cogswell and Secretary, R. M. Williams and C. N. Whitmore. 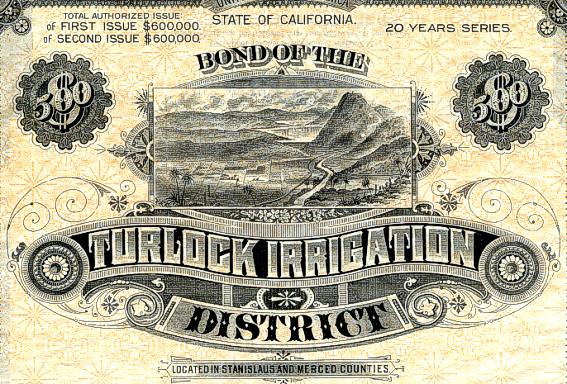