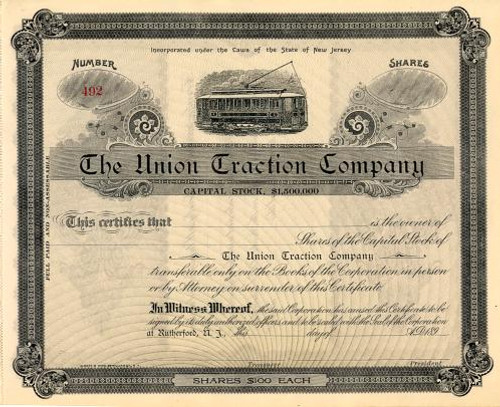 Beautiful unissued RARE certificate from the Union Traction Company issued in New Jersey. This historic document was printed by Albert B. King and has an ornate border around it with a vignette of an electric trolley. This item and is over 107 years old. We have only seen 4 of this company's certificates and beleive they are RARE.