Beautifully engraved Check from the United Mine Workers of America issued on in 1931. This historic document has a vignette of the company's name and a seal that says "United Mine Workers of America - Organized January 25, 1880". This check was issued to John L. Lewis and endorsed by him on the back. It was also signed by Thomas Kennedy as Treasurer. Thomas Kennedy succeeded John L. Lewis as president in 1960. He served until 1963. This Check is over 77 years old. 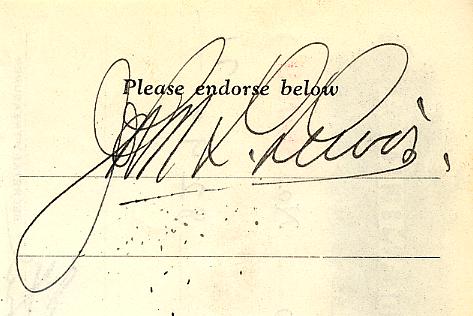 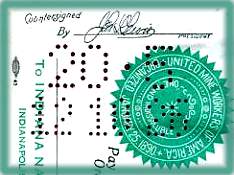 United Mine Workers Seal on Check John L. Lewis was president of the UMWA from 1920-1960. He was a giant among American leaders in the first half of the twentieth century, regularly advising presidents and challenging America's corporate leaders. His work to organize the country's industrial workers through the Congress of Industrial Organizations (CIO) in the 1930s helped raise living standards for millions of American families. In the first year of the CIO, nearly four million workers joined labor organizations and wages were raised by over a billion dollars. Lewis sent hundreds of UMWA organizers to help create some of the nation's leading labor unions, including the United Steelworkers of America (USWA), the United Auto Workers (UAW), the Communication Workers of America (CWA) and many other important labor organizations that continue to speak in behalf of America's workers. Perhaps Lewis' greatest legacy was the creation of the UMWA Welfare and Retirement Fund in a contract with the federal government, signed in the White House with President Truman in attendance. The UMWA Fund would change permanently health care delivery in the coal fields of the nation. The UMWA Fund built eight hospitals in Appalachia and established numerous clinics. Upon his retirement in 1960, Lewis was awarded the Presidential Medal of Freedom, the nation's highest civilian decoration, by President John Kennedy. He remained Chairman of the UMWA Fund until his death in 1968. 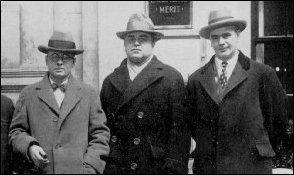