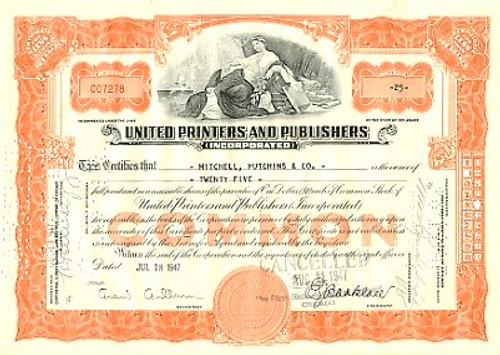 Beautifully engraved Stock Certificate issued by United Printers and Publishers in the 1930's to 1940's for shares of common stock. This cancelled document has an vibrant ornate border around it with a vignette of an allegorical woman with a large ship and city in the background. The company's name was changed to Rust Craft Greeting Cards in 1962. Subsequently, the company became Rust Craft Broadcasting and Rust Craft Greeting Cards. In 1979, the company merged into Ziff Corporation and gave its shareholders the right to purchase shares of Associated Communications Corporation. Associated Communications ultimately became Teligent Corporation. 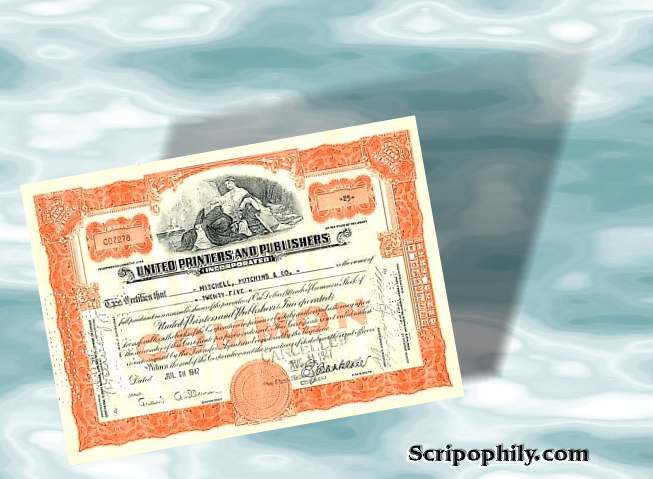