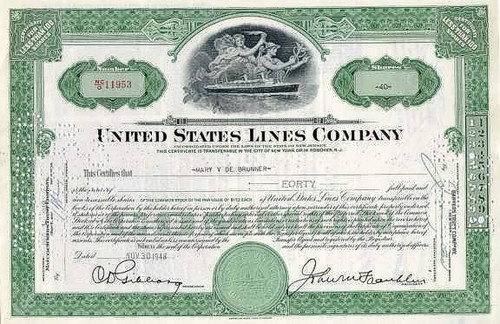 Beautiful engraved Stock certificate from the United States Lines Stock Certificate or shares of capital stock. This item has an ornate border around it with a very nice vignette of two allegorical figures flying over and protecting an ocean liner. This certificate was issued in the 1940's - 1950's and is over 45 years old. 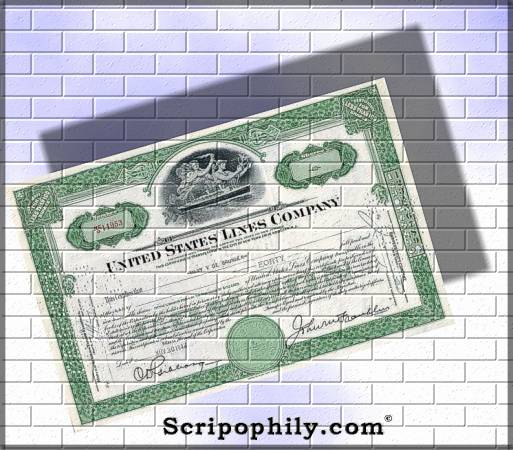