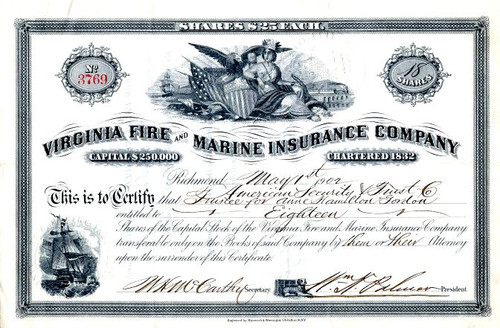 Beautiful certificate from the Virginia Fire and Marine Insurance Company issued no later than 1915. This historic document was engraved by Maverick & Wissinger and has an ornate border around it with a vignette of an allegorical woman with an eagle resting on an American shield. This item has been hand signed by the Company's President, W. H. Palmer and Secretary, W. H. McCarthy and is over 97 years old.