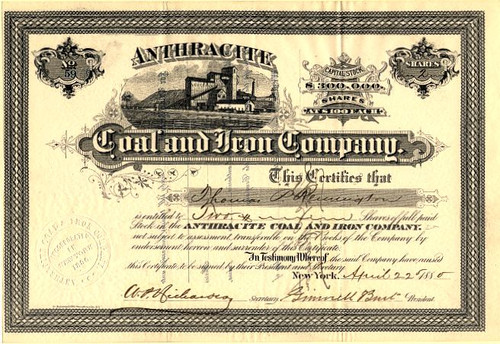 Beautiful certificate from the Anthracite Coal and Iron Company issued in 1880. This historic document was printed by the F. Halstead Company, H. Y. and has an ornate border around it with a vignette of the mine processing facility next to railroad cars. This item has the signatures of the Company's President, Grinnell Burt and Secretary, W. P. Richardson and is over 129 years old. The certificate was issued to Thomas P. Remington and is signed by him on the back.