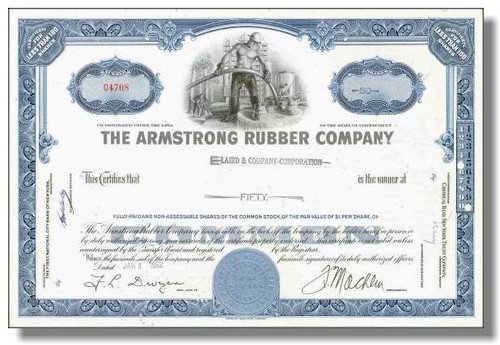 Beautifully engraved certificate from the Armstrong Rubber Company issued in from 1960 - 1962. This historic document was printed by the American Banknote Company and has an ornate border around it with a vignette of a man making synthetic rubber. This item has the printed signatures of the Company's President (F. Machlin) and Secretary (F.L Dwyer) and is over 40 years old. 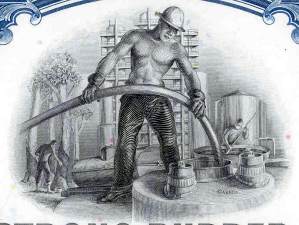 Certificate Vignette
At the time this certificate was issued, the company was the fifth largest producer of tires in the Industry. They had a capacity of 50,000 units per day and they were adding a new plant to increase production by another 10,000 units daily. Sears and Roebuchk was a major shareholder in the company. Sales through Sears outlets accounted for 68% of the company's net revenues in 1962. Armstrong is one of the oldest names in the tire industry and is remembered by the baby boomers through its famous "Grip the Road" Ads. In 1989, the Pirelli Tire Company bought the company. 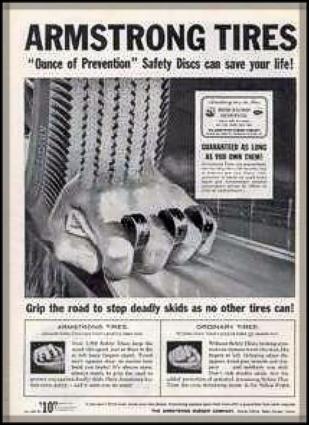