Beautifully engraved certificate from the Association of Franklin Medal Scholars issued in 1857. This historic document has an ornate border around it with a vignette of Benjamin Franklin and a medal that says " The Gift of Franklin". This item is hand signed by the Associations's President ( Edward Everett ) and Treasurer and is over 163 years old. Minor seperation at bottom left center otherwise in EF+ condition. The certificate was issued to Charles Benjamin Lothrop. 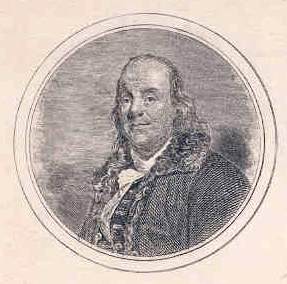 Certificate Vignette
Everett, Edward. Born in 1794. American author and statesman. Became professor of Greek at Harvard in 1815. Traveled in Europe from 1815 to 1818. Became editor of the "North American Review," and was a member of Congress from 1824 to 1834. Governor of Massachusetts from 1835 to 1839. From 1840 to 1845, minister-plenipotentiary to England, in which capacity Everett succeeded in adjusting several delicate matters. He became Secretary of State in Fillmore Administratin and became the Governor of Massachusetts; He was elected to the senate in 1853. Everett preceded Lincoln at the podium on November 19, 1863, giving the principle address at the Gettysburg cemetery dedication.He was also the President of Harvard. He Died 1865.