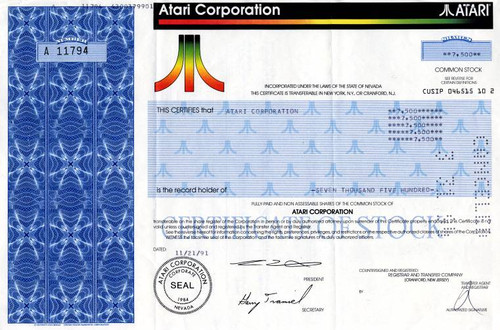 Beautiful certificate from the Atari Corporation issued in 1991. This historic document was printed by the United States Bank Note Company and has an ornate border to one side with the company's famous logo on top. Also included is an original 48 page catalog dated 1982 showing images of the Atari game play and different video games. This item has the printed signatures of the Company's President, and Secretary, and is over 24 years old. This certificate was issued to Atari Corporation for 7,500 shares. 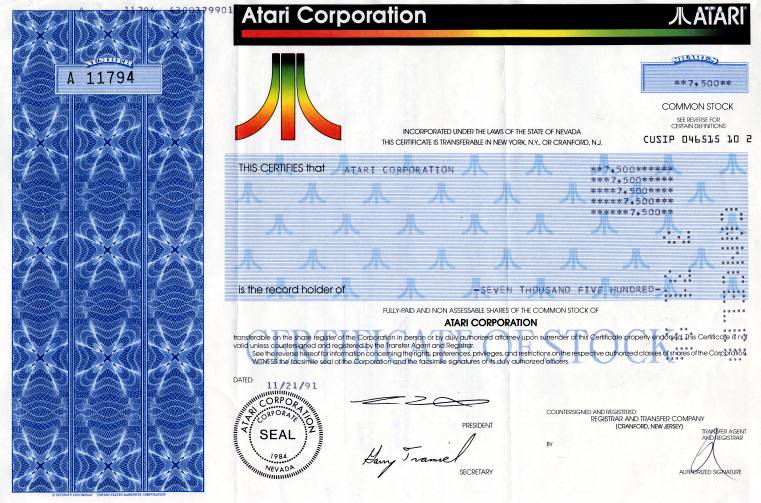 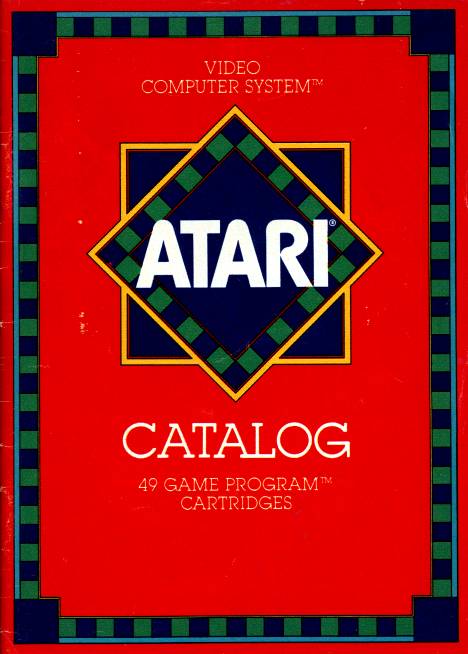 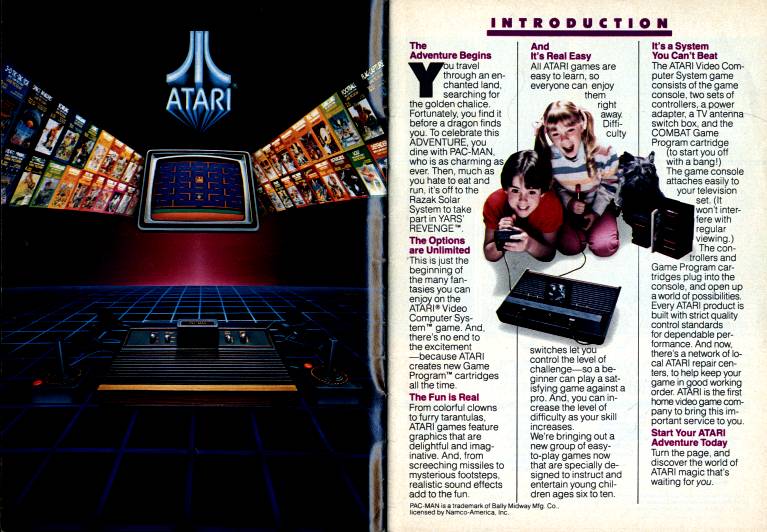