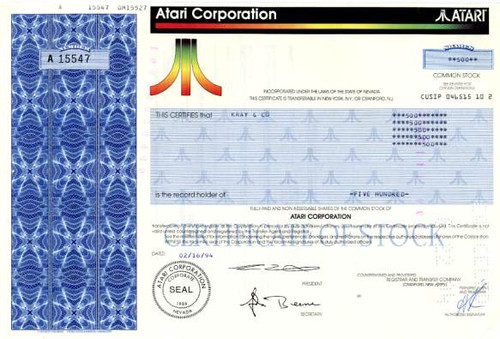 Beautifully engraved Certificate (No Pen Marks) from the famous Atari Corporation issued no later than 1992. This historic document was printed by the United States Banknote Corporation and has an ornate block border with a vignette of the famous company logo. This item is has the printed signature of the company's president, Jack Tramiel. These certificates are highly desirable and very collectible. 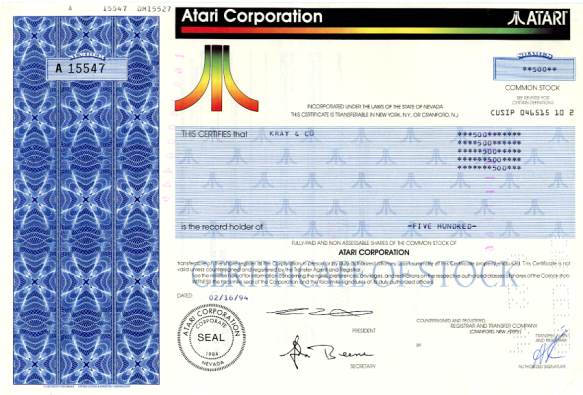 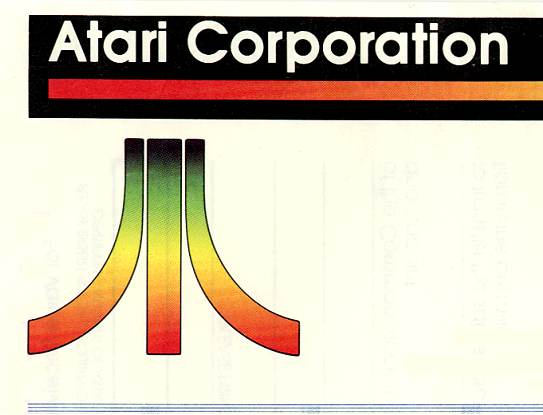