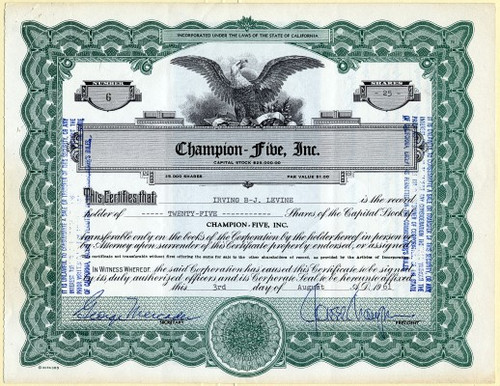 Beautiful RARE certificate from Champion - Five, Inc. issued in 1961. This historic document was printed by the Goes Company and has an ornate border around it with a vignette of an Eagle. This item has the hand signed signatures of the Company's President, Gower Champion and Secretary, George Mecader and is over 52 years old. The certificate was issued to Irving B-J Levine. Champion - Five, Inc. was the co producer of the original Broadway Show of Hello Dolly with Carol Channing in 1964 and Gower Carlyle Champion was the choreographer and director. 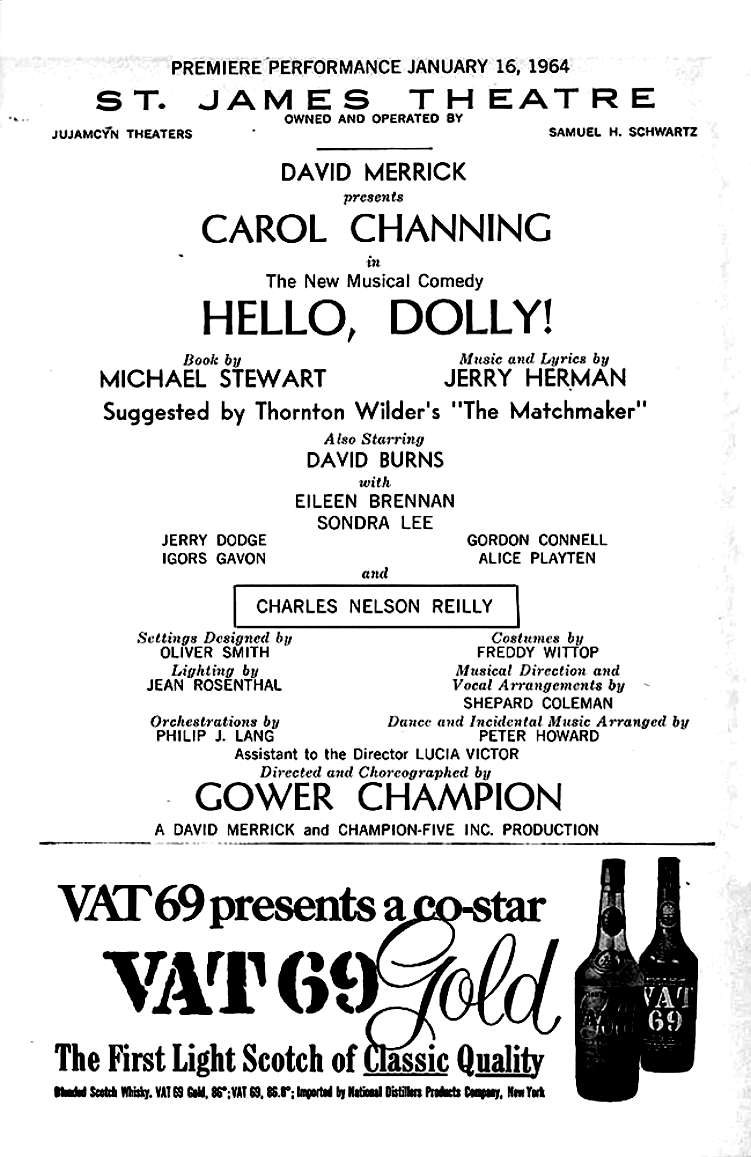