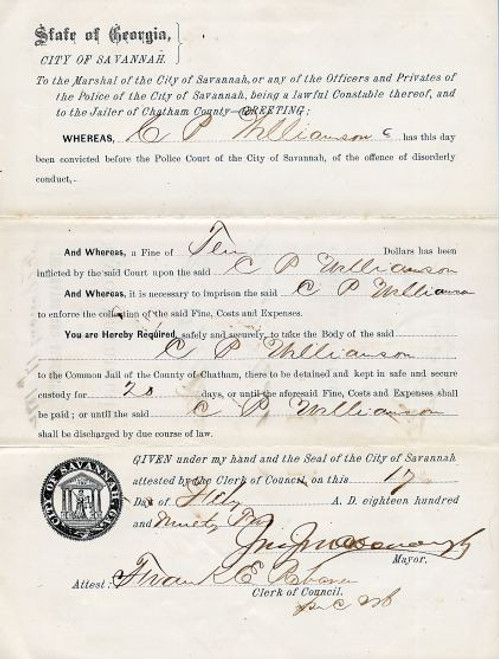 City of Savannah Arrest Warrant for C. P. Williamson signed by Mayor, John McDonough issued in 1892. John J. McDonough (born 1849 Augusta, Richmond County, Georgia) was a politician and businessman from Georgia, USA. He was the son of an Irish-born immigrant. He received his education in Atlanta's public schools and graduated from the St. Francis Xavier College in New York City. He followed his father's footsteps and made career in the lumber industry, as well as in machinery and foundry. McDonough was a Member of the Georgia House of Representatives in 1882 and 1883. He was elected to a two-year term as Alderman on the City Council in 1889. He was elected Mayor of Savannah in 1891 over incumbent John Schwarz and won re-election in 1893. He did not run for re-election in 1895. He ran for Mayor in 1899 but lost against Herman Myers.

City of Great Falls Check signed by the Mayor - Montana 1914

Board of Education City of Chicago signed by Mayor Edward J. Kelly 1935