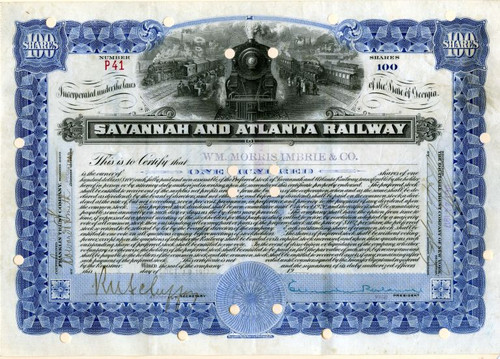 Beautifully engraved scarce certificate from the Savannah and Atlanta Railway issued in 1917. This historic document was printed by the Republic Banknote Company and has an ornate border around it with a vignette of a train coming head on. This item has the signatures of the Company's officers. The certificate was issued to William Morris Imbrie & Co and endorsed by such on the verso. Punch cancelled. 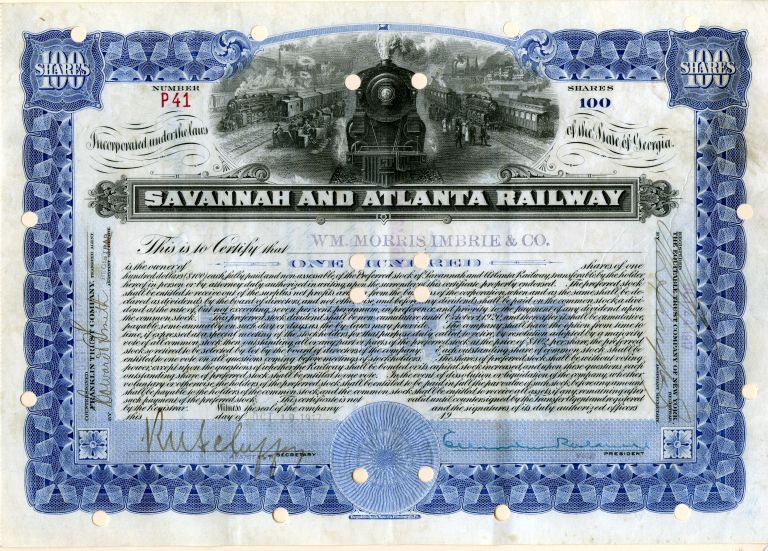 Certificate Vignette
The 142-mile Savannah and Atlanta ran from S&A Junction (between Camak and Warrrenton) to Savannah. It was incorporated by the Imbrie Company on December 8, 1915 to build a rail connection between the Georgia Railroad and the Savannah and Northwestern Railway.