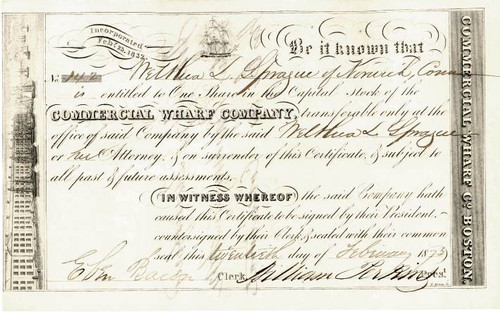 Beautifully engraved historic certificate from the Commercial Wharf Co. This historic document was printed by H. Morse Co. and has block borders a vignette of the commercial wharf with old sailing ships. There is also an embossed corporate seal with a sail ship in the center. This item is handsigned by the Company's President ( William Pekins ) and Secretary ( E. Bacon ).