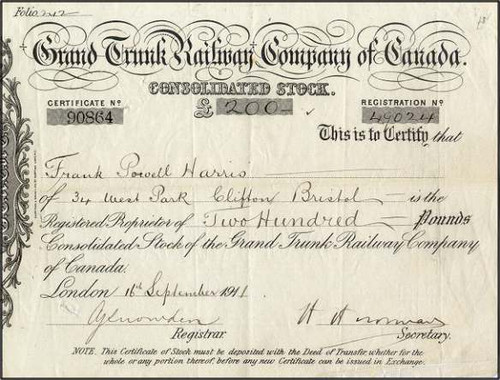 Beautifully engraved hard to find Certificate from the Grand Trunk Railway issued in 1907 - 1916. This historic document has the company's name printed in fancy script, and has a watermark that says "Grand Trunk Railway of Canada". This item is hand signed by an officer and is over 85 years old. 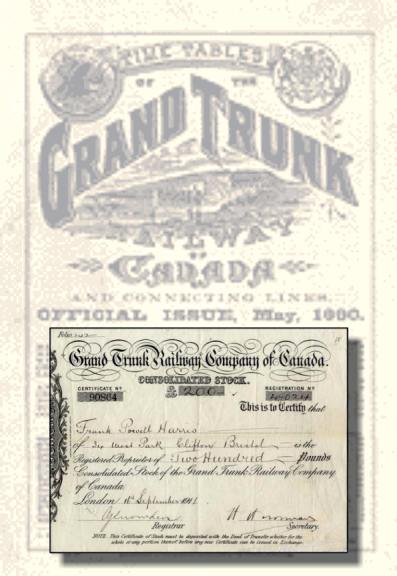