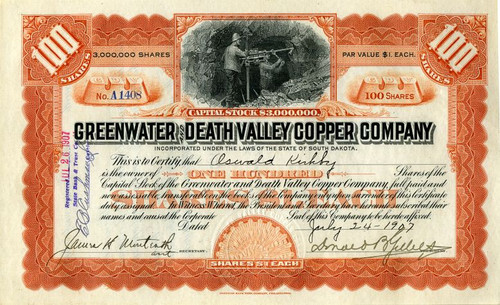 Beautifully engraved uncancelled certificate from the Greenwater and Death Valley Copper Company issued in 1907. This historic document was printed by the American Banknote Company and has an ornate border around it with a vignette of men working in a mine. This item is hand signed by the Company's V. President, Donald B. Gillies and Asst. Secretary and is over 111 years old. The certificate was issued to Oswald Kirby and is endorsed by him on the verso. The certificate has not been folded and is in EF condition. 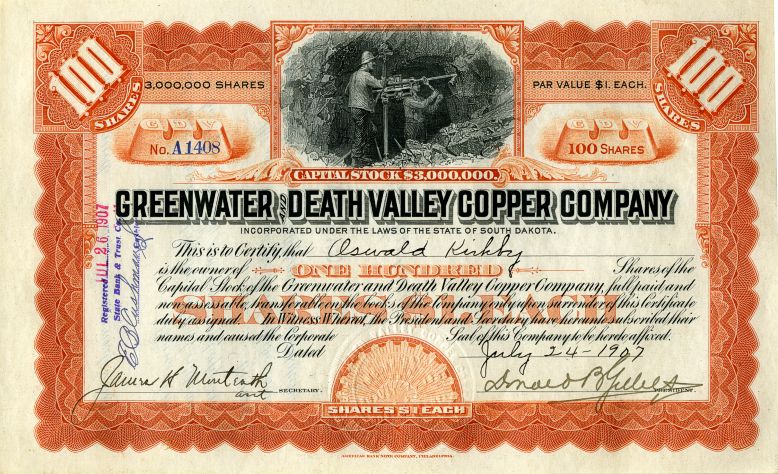 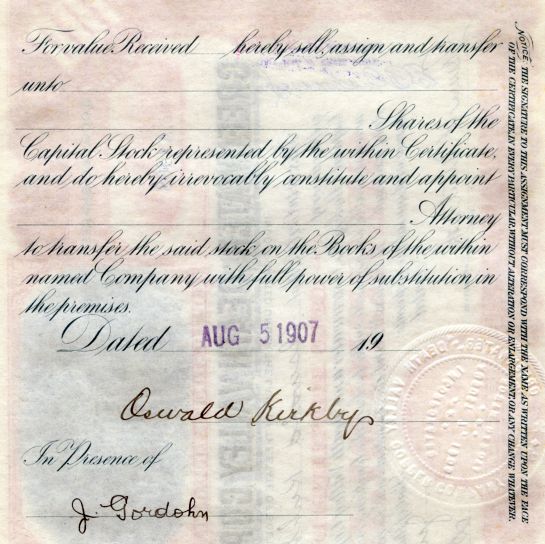