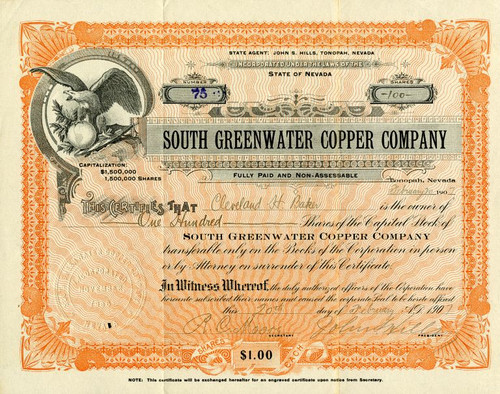 Beautiful certificate from the South Greenwater Copper Company issued in 1907. This historic documenthas an ornate border around it with a vignette of an eagle holding a globe. This item has the signatures of the Company's president, John S. Hills and Secretary, R. C. Moore. 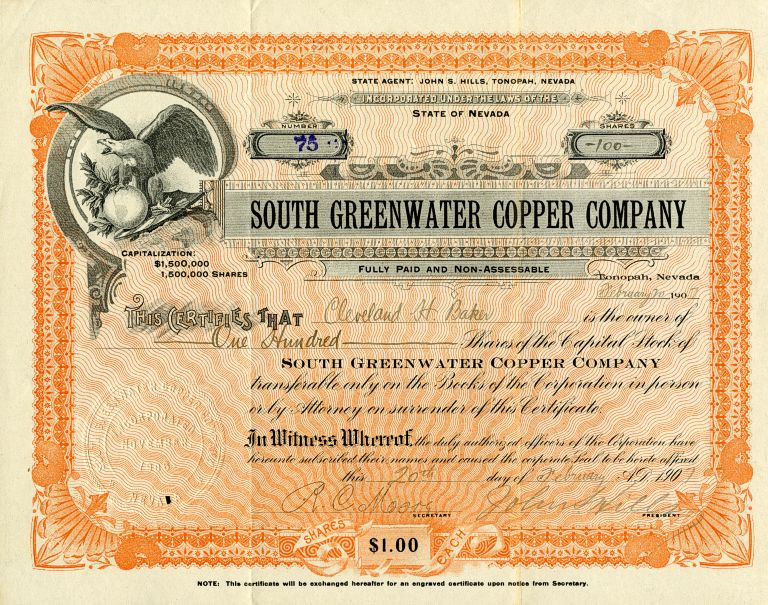 Certificate
South Greenwater Copper Company, fifteen miles south of Greenwater. History from the National Park Service During the short and spectacular Greenwater boom, fully seventy-three mining companies were incorporated within the district, and literally scores of smaller mines and prospects were opened Papers have been located for thirty-three of the companies which did incorporate, which show their combined capitalization value to be over $76,000,000. Although the exact capitalization totals of the other forty incorporated companies cannot be determined, the minimum standard capitalization for the time period was $1,000,000 per company, which would give us a total capitalization value of the Greenwater district mines of over $116,000,000. This total, of course, in no way reflects the actual amount of money spent in the district, but it does give some idea of the amazingly vast amounts which investors and promoters hoped to reap from the rich copper ores of Greenwater. History from Encyberpedia and OldCompany.com (old stock certificate research service)