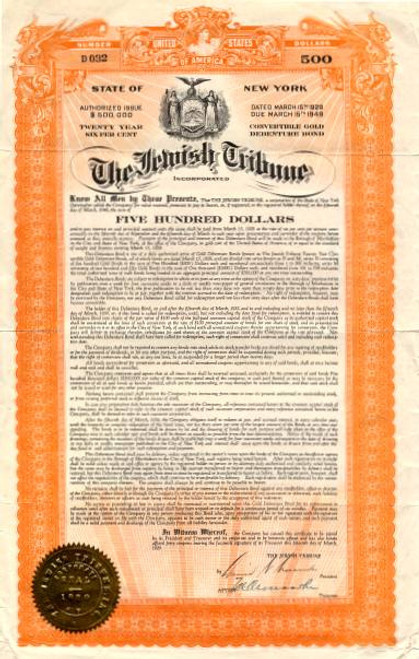 Beautifully engraved certificate from the Jewish Tribune issued in 1929. This historic document has an ornate border around it with a vignette of the New York State shield. This item is hand signed by the Company's President ( David Mosessohn ) and Treasurer (W. Mosessohn ) and is over 77 years old. 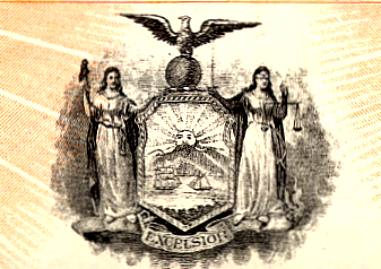 Certificate Vignette
Herbert Hoover: 1929-1933 Message on the Death of David N. Mosessohn December 17, 1930 I AM shocked to learn of the death of my friend Dr. David N. Mosessohn. His distinguished contributions to Jewish culture and his outstanding leadership in service of the noblest ethical ideals will cause him long to be remembered gratefully by his fellow countrymen of all races and creeds. HERBERT HOOVER [The Jewish Tribune, 570 Seventh Avenue, New York City] NOTE: David N. Mosessohn, executive chairman of the Associated Dress Industries of America and editor of the Jewish Tribune, died on December 16, 1930.