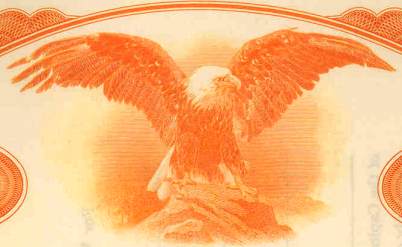 Certificate Vignette
Melvil Dewey (December 10, 1851December 26, 1931) was the inventor of the Dewey Decimal Classification system for library classification. Dewey was born Melville Louis Kossuth Dewey in Adams Center, New York in the United States. He attended Amherst College, graduating in 1874. It was while working as an assistant librarian at Amherst from 1874 until 1877 that Dewey devised his decimal system. He moved to Boston where he founded and edited Library Journal, which became an influential factor in the development of libraries in America, and in the reform of their administration. With his friend and fellow librarian Charles Ammi Cutter, he helped found the American Library Association (ALA); both men spoke at the First Annual ALA Conference held in Boston, Massachusetts in 1876. In 1883 he became librarian of Columbia College, and in the following year founded there the Columbia School of Library Economy, the first institution for the instruction of librarians ever organized. This school, which was very successful, was removed to Albany, New York in 1890, where it was reestablished as the New York State Library School under his direction; from 1888 to 1906 he was director of the New York State Library and from 1888 to 1900 was secretary of the University of the State of New York, completely reorganizing the state library, which he made one of the most efficient in America, and establishing the system of state travelling libraries and picture collections. In 1890 he helped to found the first state library association - the New York Library Association (NYLA) - and he was its first president, from 1890-1892. Dr. Melvil Dewey, originator of the Dewey Decimal System, founded the Lake Placid Company (Lake Placid Club) in 1895. He was an advocate of English language spelling reform and is responsible for, among other things, the "American" spelling of the word Catalog (as opposed to the British Catalogue). He changed his own name from Melville Louis Kossuth Dewey to simply Melvil Dui. He also sponsored periodicals on the Ro constructed language, in which the word structure marked its meaning in a hierarchy of categories. Dewey is a member of the American Library Association's Hall of Fame. The Lake Placid Company (Lake Placid Club) first members were professors, teachers, clergy, writers, and librarians. High standards and unique natural surroundings soon attracted those of means who shared the same interest in intellect and recreation. In 1906 winterized buildings were open for year-round use. By 1923, through vision and true entrepreneurship, the Club had expanded to 9,600 acres with a staff of over 1,100. At that time there were 356 buildings, 110 of which were residences; 21 tennis courts, and 7 golf courses Melville Dewey, founder of the Lake Placid Club With help for many years from the Club, Lake Placid has grown into a strong four season destination resort, world famous for hosting the 1932 and 1980 Olympic Winter Games. Surrounded by the dramatic natural beauty associated with the mountain areas of Europe, Lake Placid now stands on its own in attracting National and International sporting events and competitions. Melvil Dewey imported skis; built toboggan runs; had separate skating rinks for curling, hockey, and figure skating; and built the original ski jump at Intervale. Each year collegiate competitions drew crowds up to two thousand to watch jumpers fly over 160 feet. Melvil's son Godfrey was the President of the 1932 Lake Placid Olympic Winter Games, some giving him single-handed credit for bringing the 1932 Olympics to Lake Placid. History from Wikipedia.