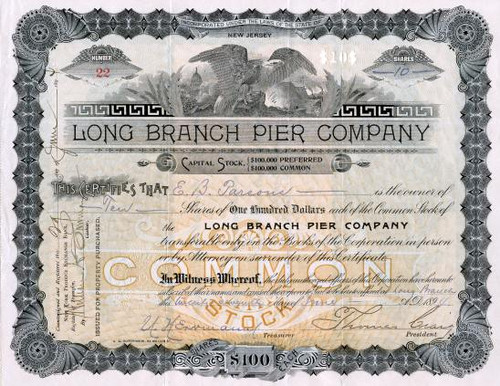 Beautifully engraved certificate from the Long Branch Pier Company issued in 1894. This historic document was printed by R.G. Hutchinson and has an ornate border around it with a vignette of an eagle. This item has the signatures of the Company's President (Thomas Craig) and Treasurer (Uriah Herrmann).

Certificate Vignette
Long Branch is one of the largest cities on the Jersey Shore and was one of the most earliest and glamorous resorts in the country from the 1860's to the First World War. The resorts first clientele originally came from Philadelphia, then from New York and the rest of the east coast. In 1870, a racetrack opened and casinos soon thereafter, and during the 1880's and 1890's, the communities reputation as a fashionable place at its zenith. 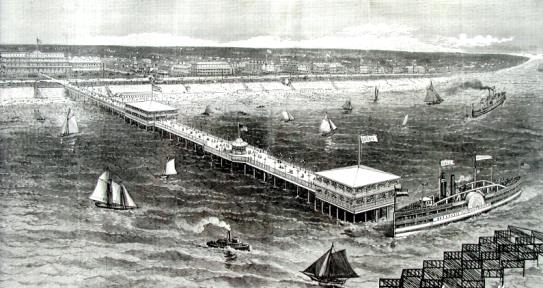 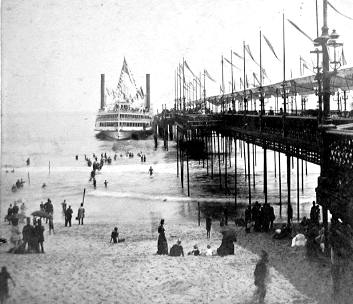 Old Photo of Pier
Long Branch had the longest pier on the Jersey coast, where visitors could fish all year round. Unfortunately, the pier burned down in the 1980's.