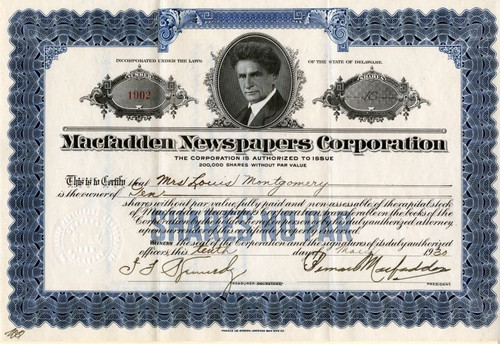 Beautifully engraved RARE uncancelled certificate from the Macfadden Newspapers Corporation issued in 1930. This historic document was printed by the Franklin Lee Division - American Banknote Company and has an ornate border around it with a vignette of Bernarr Macfadden. This item has the signatures of the Company's President, Bernarr Macfadden and Secretary. This is the only example of this certificate we have seen. 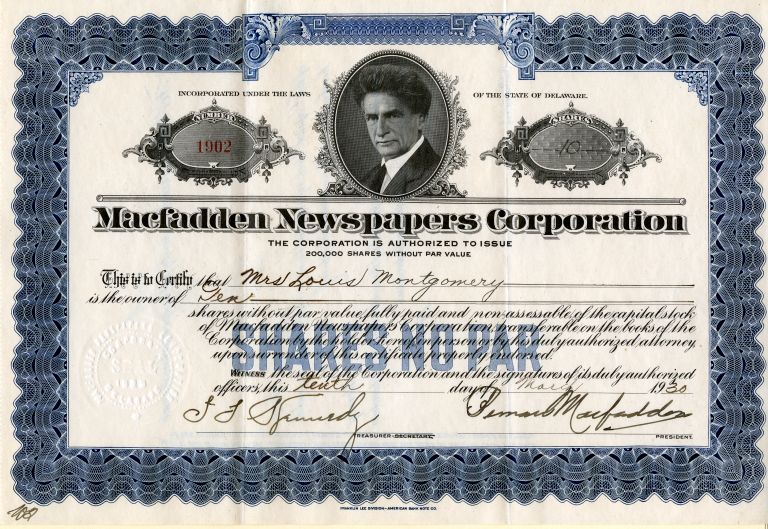