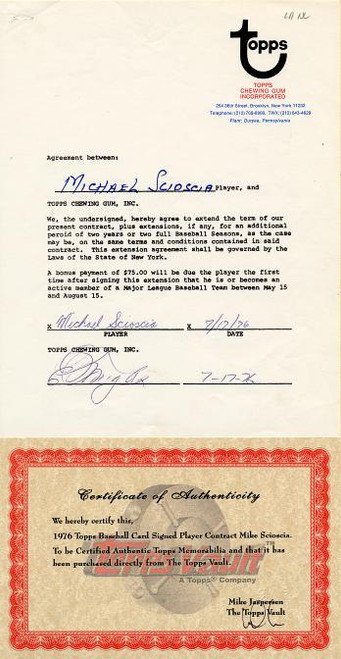 Mike Scioscia Player Contract RARE Topps Baseball Card Signed Player Contract signed by Mike Scioscia. Direct from Topps' legendary Vault, this item features an original Topps baseball card contract. Contract is signed and dated by the player, as well as an official representative of the Topps Co. Contract measures 8 1/2" X 11" in size and is dated 3/26/1990. By signing this contract, Scioscia received a bonus payment of $75. This also comes with a Certificate of Authenticity from The Topps Vault.

Board of Supervisors of Los Angeles