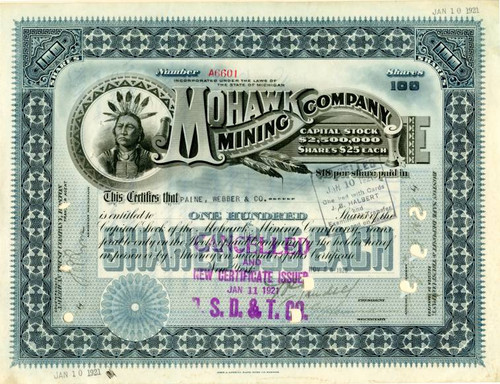 Beautifully engraved cancelled stock certificate for 100 shares from the Mohawk Mining Company issued in 1920. This historic document was printed by the John Lowell Banknote Company and has an ornate border around it with a vignette of an indian chief. This item has the signatures of the Company's officers. It is blue green with black on white. Certificate MOHAMC-4 with a scarcity rating of R-6 (only 6 to 10 known)in Lee DeGood's Michigan mining book. 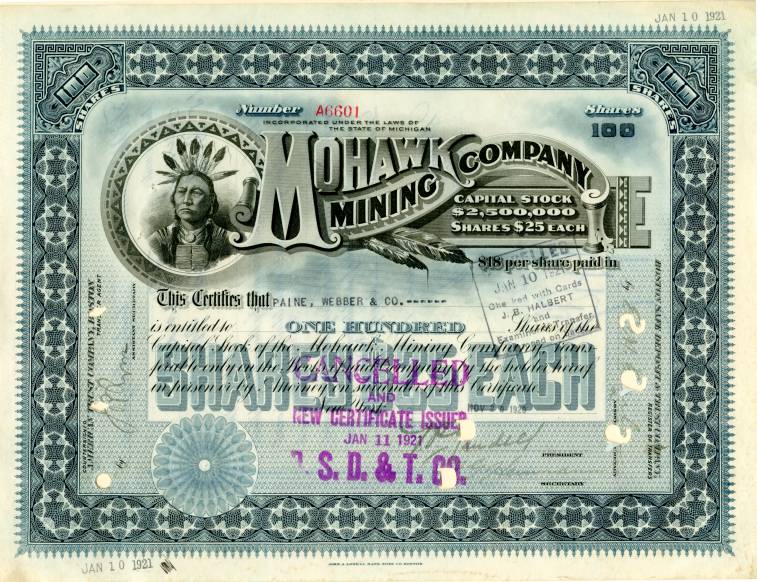 Certificate
The Mohawk Mining Company was a major copper mining company, based in the Keweenaw Peninsula of Michigan, that was established in November 1898 and lasted until 1932. The company, between 1906 and 1932, paid out more than $15 million in shareholder dividends. The Mine is best known for the large amounts of mohawkite that were found on the property. The Mohawk mine operated until 1932; in 1934 it was purchased by the Copper Range Company. History from Encyberpedia and OldCompany.com (old stock certificate research service)