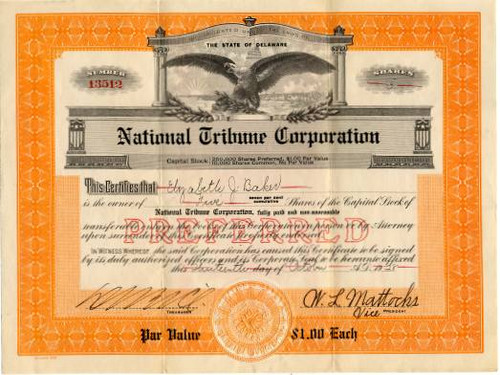 Beautifully engraved certificate from the National National Tribune Corporation issued in 1928. This historic document has an ornate border around it with a vignette of eagle standing on a rock. This item is hand signed by the Company's Vice-President and Treasurer and is over 80 years old. 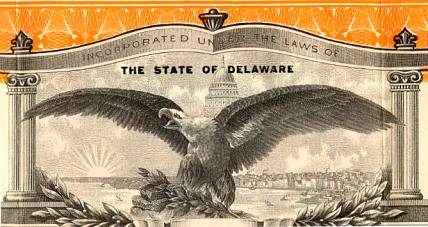 Certificate Vignette
The Stars and Stripes has a long and storied history of covering veterans' issues and was originally printed in 1861 by Union troops during the Civil War. In 1926, National Tribune Corporation purchased the paper and merged it with its existing publications, The National Tribune, The American Standard and The National Guardsman forming one publication dedicated to reporting on and supporting the causes of veterans of all American conflicts. Over the years, this publication, under the moniker The Stars and Stripes emerged as the premier voice of the American veteran. Today, The Stars and Stripes is the only independent source of news for the more than 27 million veterans in the United States.