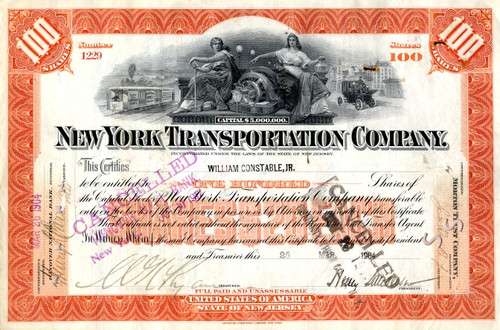 Beautifully engraved certificate from the New York Transportation Company issued in 1904. This historic document was printed by the American Banknote Company and has an ornate border around it with a vignette of two allegorical women sitting beside an electric generator, surrounded by an electric train on one side and an electric car on the other. This item has been hand signed by the Company's President, and Treasurer, and is over 116 years old.