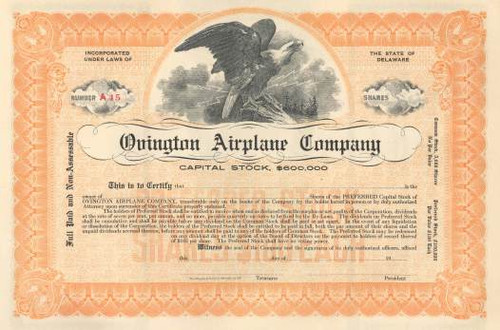 Beautifully engraved unissued certificate from the Ovington Airplane Company. This historic document was printed by the Brown-Green Company and has an ornate border around it with a vignette of an eagle perched on a rock in the middle of a forest. Light water stain on bottom border. 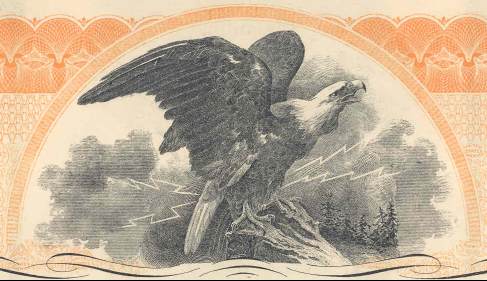