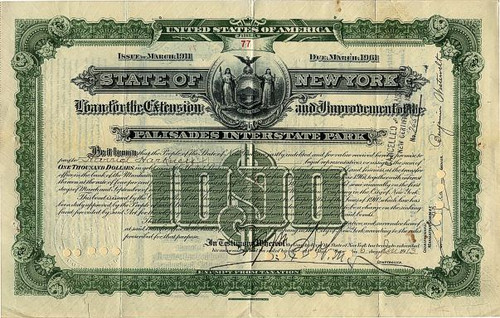 Beautiful certificate from the Palisades Interstate Park issued in 1913. This historic document was printed by Quayle & Sons Company and has an ornate border around it with a vignette of the state seal of New York. This item has the signature of the Deputy Controller of the State of New York and is over 105 years old. Punch cancelled. 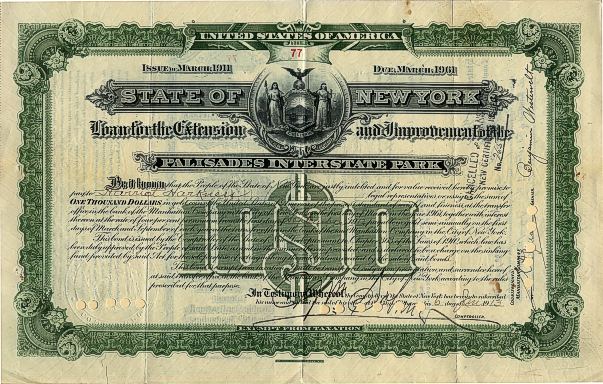