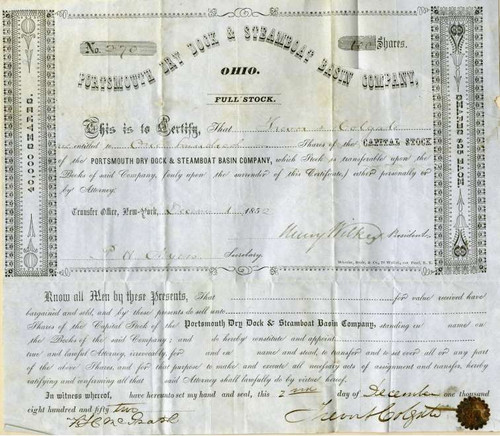 Beautiful stock certificate from the Portsmouth Dry Dock and Steamboat Basin Company issued in 1852. This historic document has an ornate with the company's name on top center. This item has the original signatures of the Company's President, and Secretary. 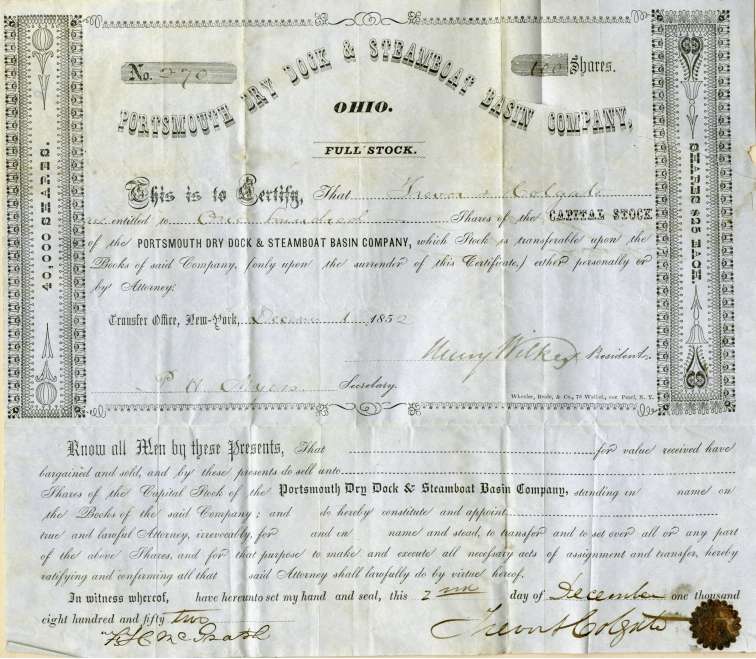