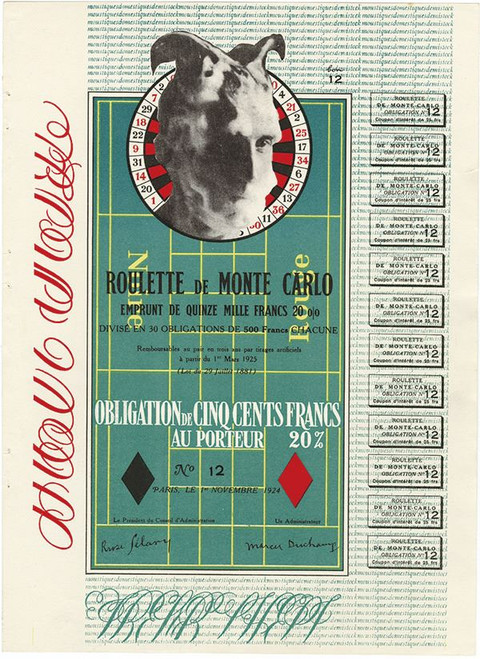 Marcel Duchamp (1887-1968), Obligations pour la roulette de Monte-Carlo [Monte Carlo Band] (Schwarz 406), offset lithograph in color, 1938 (Dated 1924), on wove paper, from an edition of approximately 1500, published for XXe Siecle No 4, with text verso, with stitch marks left as made on margin, otherwise in VF to XF condition. Purchased in 1999 from F.H.W. for 3260 DM. S. 320 x 230 mm. Attractive and noteworthy bond. The original was produced and released in 1924 by Duchamp and it is estimated that only 8 were issued. It was issued as a parody of the banking and financial system by Duchamp and should really be considered part of the art world, not the scripophily world.