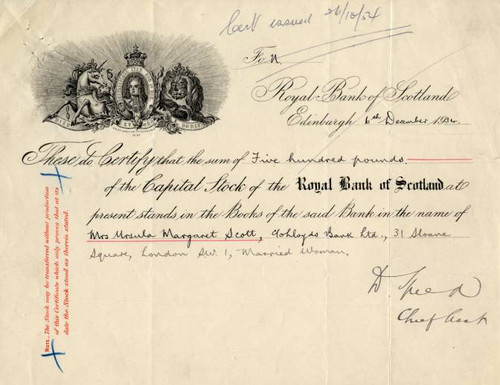 Beautiful certificate from the Royal Bank of Scotland issued in 1934. This historic document has a vignette of the company's coat of arms logo. This item has the origianl signatures of the company's officers, and is over 79 years old. 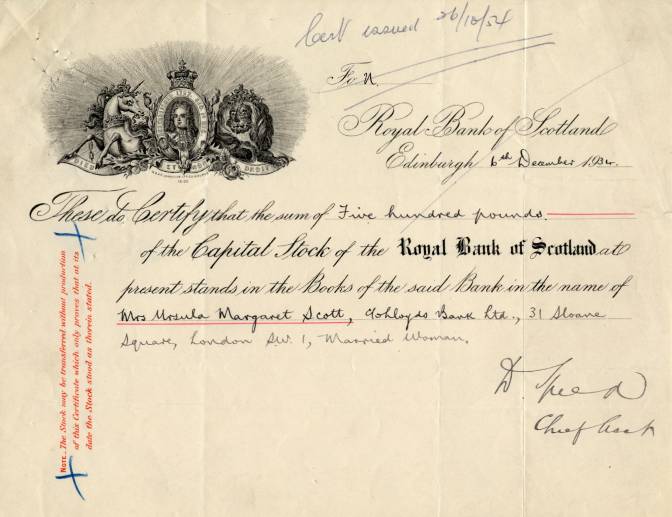