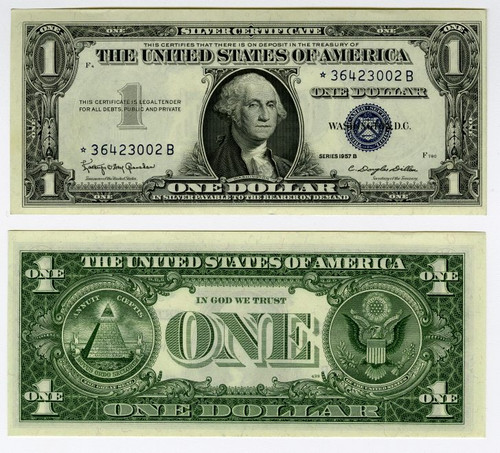 Historic Star Note $1 Silver Certificate from the United States of America dated 1957. This historic document has an ornate border around it with a image of George Washington. Uncirculated Mint condition. Scarce * in serial number. The significance of a star note comes from the bureau of engraving and printing inspecting a particular note and finding a misprint or mistake. At that point the same serial number note is created with the "star" and the misprinted note is destroyed to ensure that no two notes bear the same serial number. 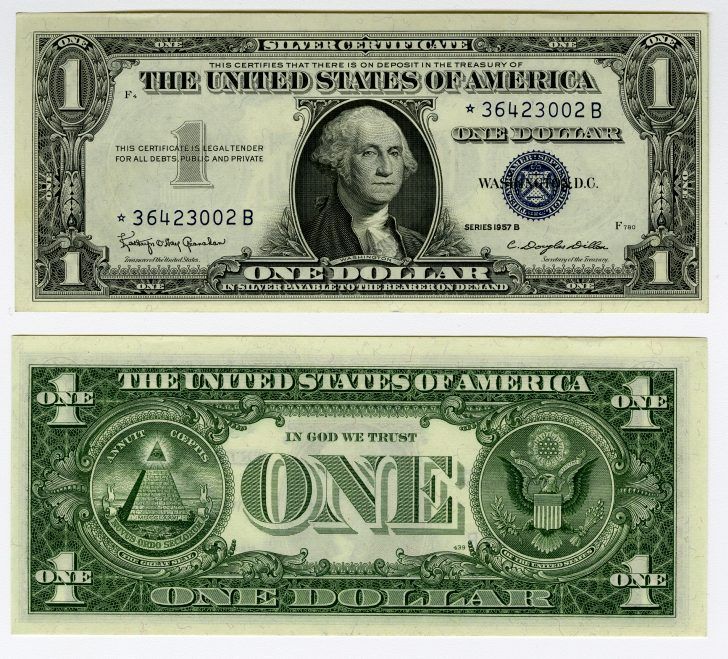 Silver Certificate
Silver Certificates are a type of representative money printed from 1878 to 1964 in the United States as part of its circulation of paper currency. They were produced in response to silver agitation by citizens who were angered by the Fourth Coinage Act, which had effectively placed the United States on a gold standard. The certificates were initially redeemable in the same face value of silver dollar coins, and later in raw silver bullion. Since 1968 they have been redeemable only in Federal Reserve Notes and are thus obsolete, but are still valid legal tender. History from OldCompany.com, OldPaperMoney.com and SavingsBonds.pro (collectible Savings Bonds website)