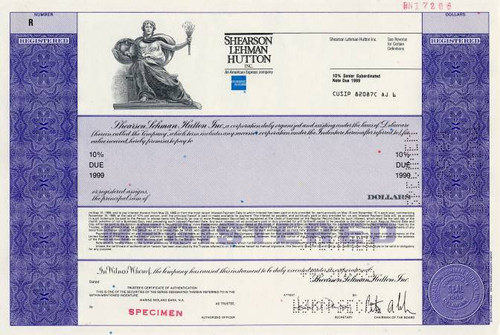 Beautiful specimen 10% bond certificate from the Shearson Lehman Hutton, Inc. an American Express Company printed in 1989. This historic document was printed by the United States Banknote Company and has an ornate border around it with a vignette of an allegorical figure. This item has the printed signatures of the Company's Chairman of the Board, Peter A. Cohen and Secretary. 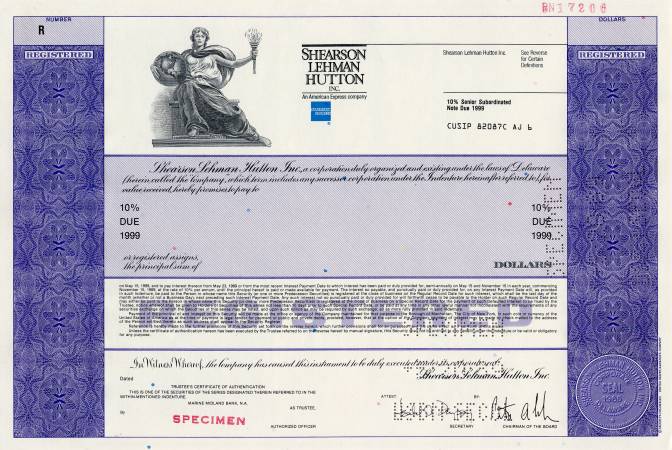