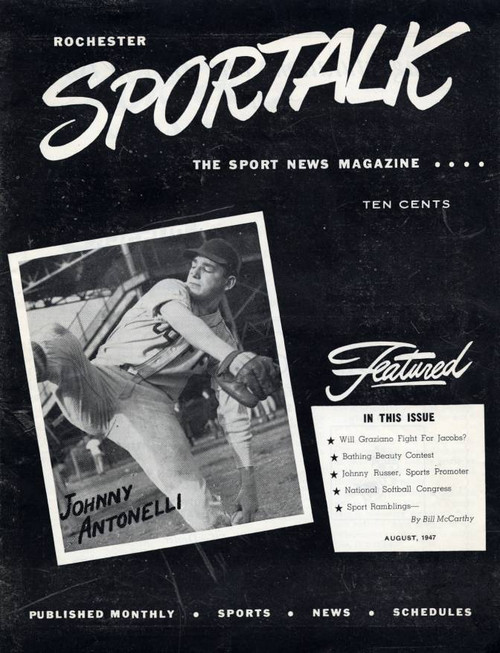 Rochester Sportalk Magazine (20 pages) from August 1947. The magazine has an article about signed by Buster Crabbe and he handsigned the page. This item is over 60 years old. 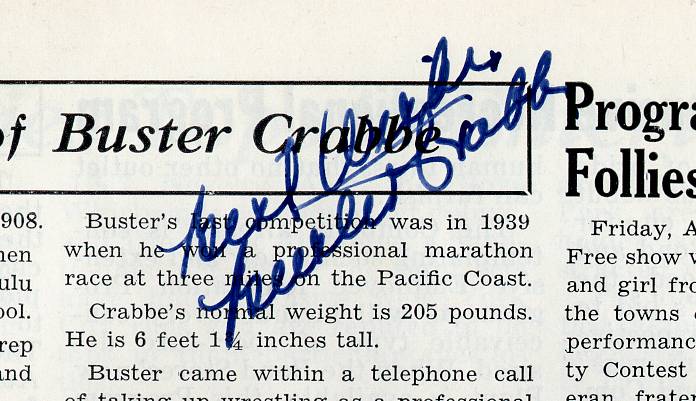 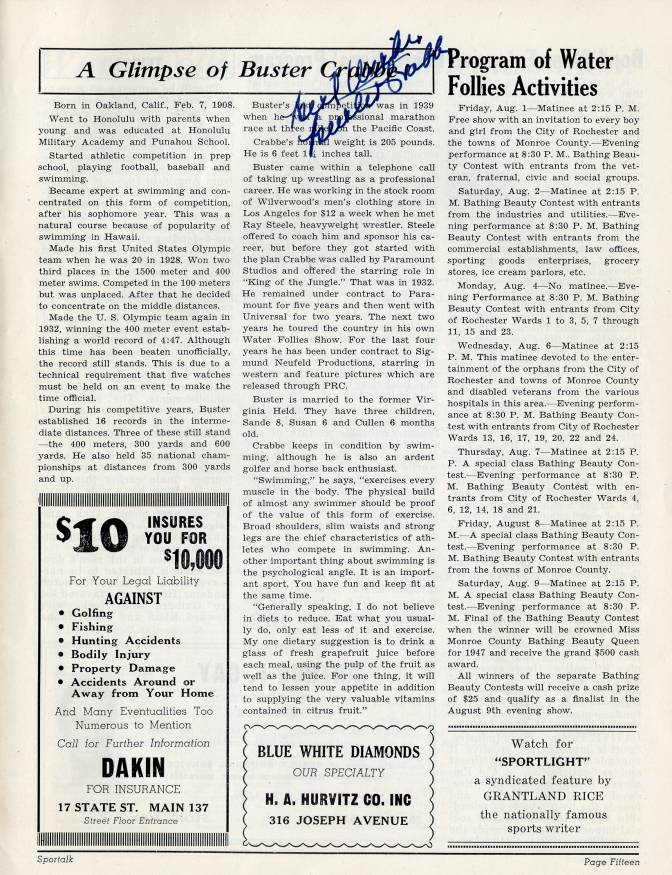