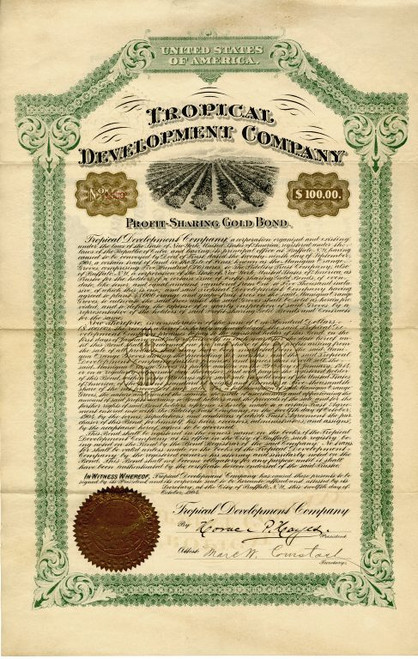 Beautifull Profit Sharing Gold Bond certificate from the Tropical Development Company issued in 1904. Incorporated under the Laws of the State of New York Registered under the Laws of the Republic of Cuba. This historic document has an ornate border around it with a vignette of an orchard. This item has the signatures of the Company's President, Horace Hayes and Secretary, MarcW. Comstock. 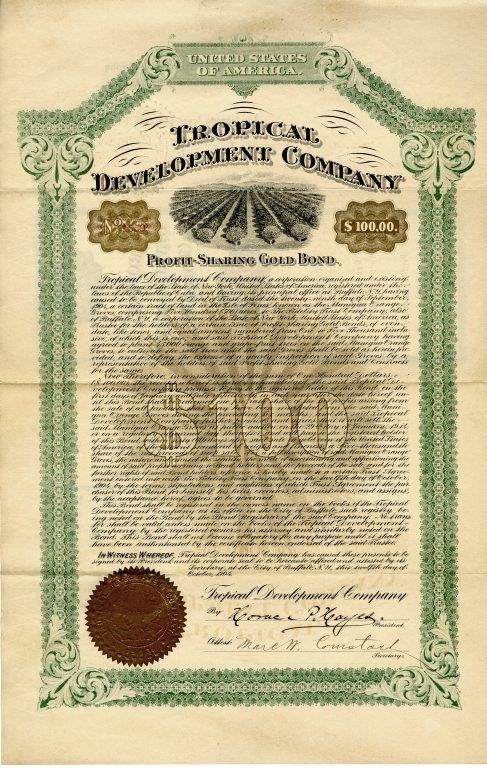