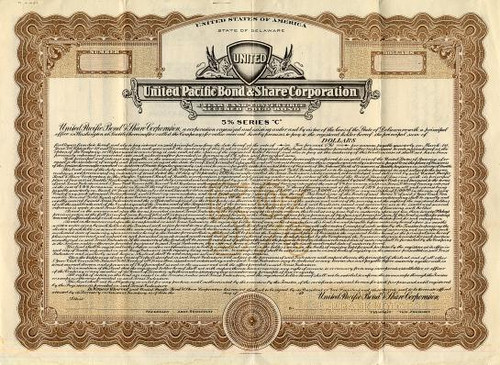 Beautifully engraved Specimen Gold Bond Certificate from the United Pacific Bond & Share Corporation printed in 1930. This historic document has an ornate border around it with the company's name on top. This item is over 76 years old.