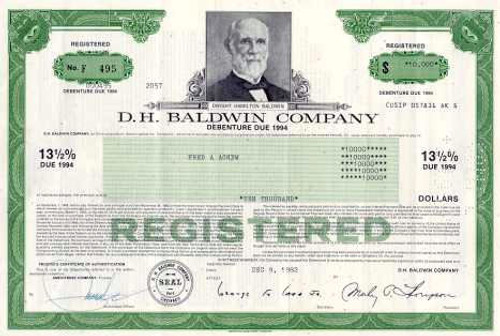 Beautifully engraved Bond Certificate from the famous D. H. Baldwin Company issued in 1982 at 15 %. This historic document was printed by the American Banknote Company and has a green ornate border around it with a picture of the founder, Dwight Hamilton Baldwin in the center. 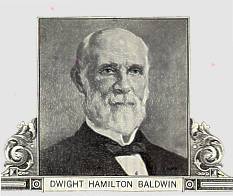 Certificate Vignette
In 1862, reed organ and violin teacher Dwight Hamilton Baldwin opened the doors to his music store in Cincinnati, Ohio. During the next quarter century, Baldwin became one of the largest piano retailers in the Midwestern United States. With an eye on increased growth opportunities, Baldwin decided to manufacture "the best piano that could be built" in 1890. The first Baldwin piano, an upright model, was available one year later. In 1895, the company introduced its first grand piano, a 5'4" model. 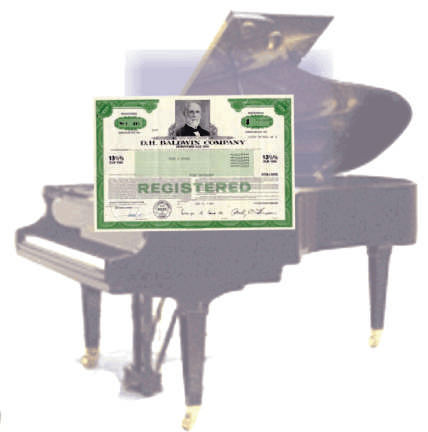