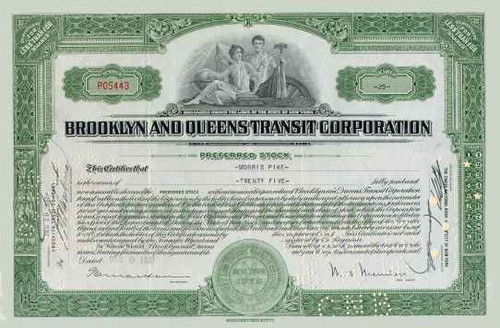 Beautifully engraved certificate from the Brooklyn and Queens Transit Corporation issued no later than 1940. This historic document was printed by the Quayle & Son Company and has an ornate border around it with a vignette of an allegorical woman with her hand on a globe and an allegorical man holding a hammer. This item has the printed signatures of the company's president and secretary and is over 61 years old. 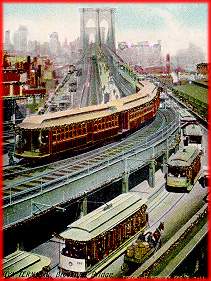