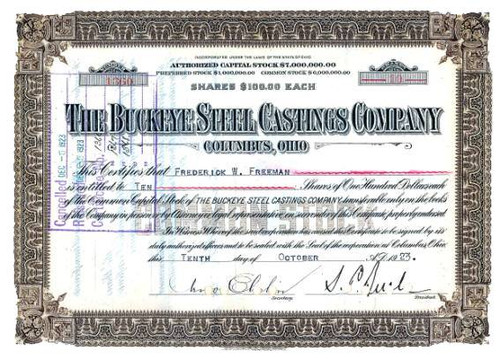 Beautiful historic Certificate from The Buckeye Steel Castings Company issued no later than 1927. This historic document was printed by the Edwards and Franklin Company and has an ornate border around it with the name of the company in fancy print. This item is hand signed by Samuel Prescott Bush as its President and is over 90 years old. The certificate has cancellations through the signature to acknowledge redemption of the stock. 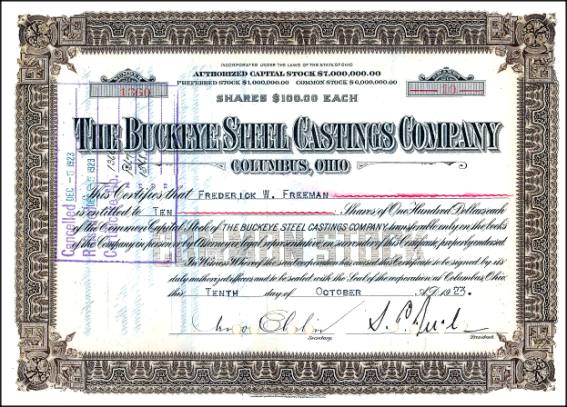 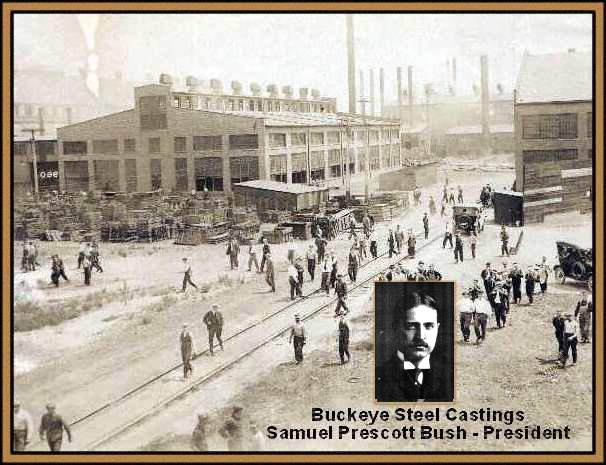 The Buckeye Steel Castings Company was incorporated in 1894 as The Buckeye Malleable Iron & Coupler Company. They changed thie name in 1908. They manufactured steel car couplers for trains, truck bodies, bolsters, truck fenders, yokes, etc. Their annual out at the time this certificate was issued was approximately 100,000 tons. 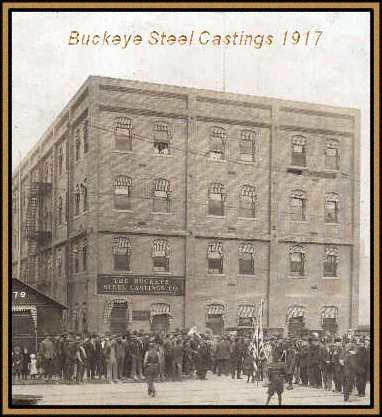 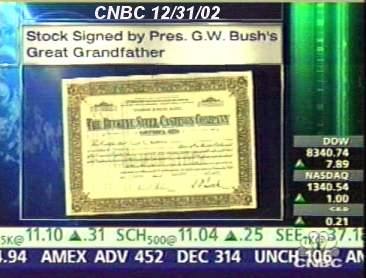 Discussed on CNBC by Bob Kerstein
Buckeye Steel filed for bankruptcy reorganization Dec. 20,2002 along with its parent company, Buckeye Holdings Inc. It has been out of operation since Oct. 15, 2002 after its lenders refused to extend its credit facility. The company was forced to lay off about 700 workers without pay while it searched for a buyer. 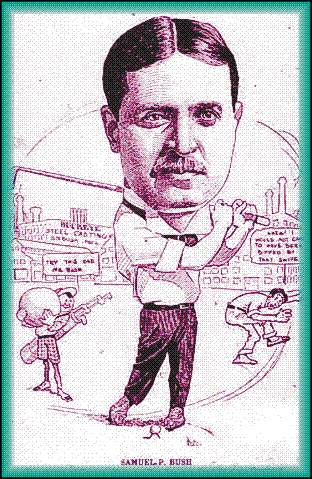 Samuel P. Bush ( Samuel Prescott Bush b. 1863. d. 1948) was the President of the Buckeye Steel Castings Co. in Columbus, Ohio, makers of railcar parts from 1907 - 1927. His entire career had been in the railroad business-- supplying equipment to the Wall Street-owned railroad systems. Samuel Prescott Bush, was a close adviser to President Hoover. Samuel P. Bush was also the first president of the National Association of Manufacturers. Samuel Prescott Bush was a member of the Stevens Institute of Technology class of 1884. Bush was on the varsity football and baseball teams, and belonged to the tennis club and served a term as a director of the Stevens Athletic Association, all while earning his bachelor's degree. In the early 1890s, Bush assisted Ohio State football coach Jack Ryder and helped organize an amateur baseball league in Columbus - - he played second base on the Pennsylvania Railroad Columbus Shop team. In 1892 he and two others organized one of Columbus's first tennis clubs. Later, as a charter member of the Scioto Country Club in that city, he chaired the club's golf- course construction committee. Bush, who died in 1948, was a noted industrialist -- railroads and steel were his businesses -- who also performed extensive civic and community service. Stevens recognized that service in 1947 by awarding him an honorary - degree of doctor of engineering. Samuel is the Grandfather of President Bush, the Father of Prescott S. Bush (Prescott Bush, was a senator and the tallest man in the Senate for many years) and the Great Grandather of George W. Bush. Samuel married Flora Sheldon, daughter of Robert Emmet Sheldon and Mary Elizabeth Butler, on 20 Jun 1894 in Columbus, OH. We donated Buckeye Steel Castings Certificates signed by Samuel Prescott Bush to the Bush Family Library. Below is a copy of the letter we received from President Bush: 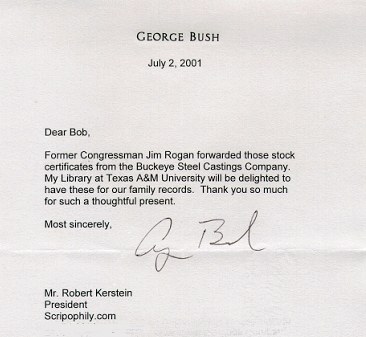