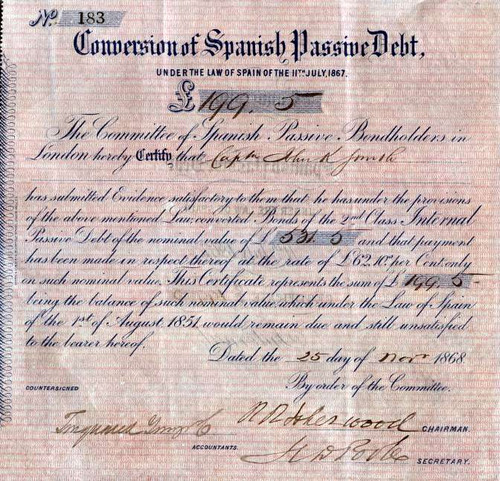 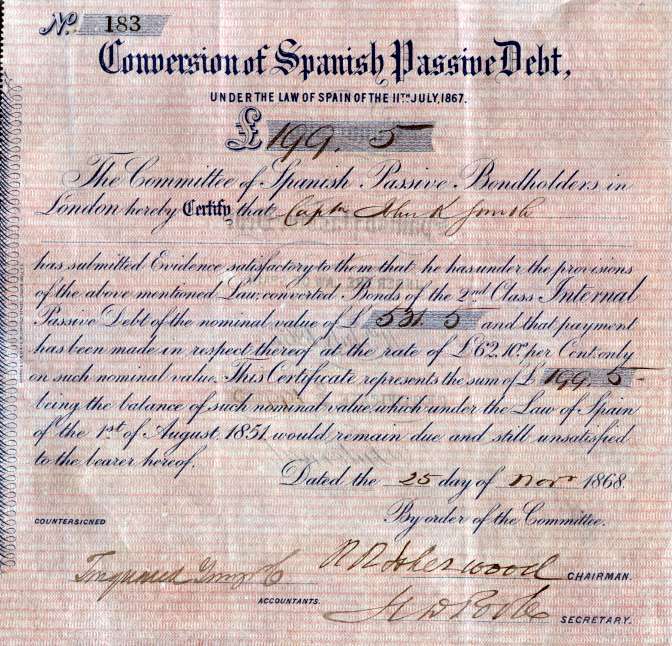 Certificate
Reported in The Economist - 1867 Foreign Stocks -- The Spanish Passive bondholders have, at a full meeting, decided to refuse the terms proposed by the Spanish Government for the conversion of the bonds. The chairman of the bondholders' committee, who had very injudiciously thrown all his personal weight into the question, and against the resolution as well as the interests of the bondholders, has resigned his seat, and has been replaced by the proposer of the resolution, by which the settlement decreed was rejected. History from Encyberpedia and OldCompany.com (old stock certificate research service)

Sutton Mining Company - Township of Sutton, county of Brome, district of Bedford in the Province of Canada - 1864