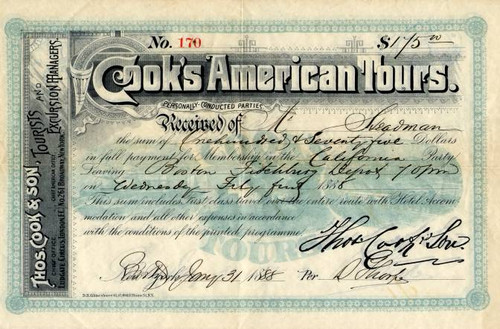 Beautiful Membership Certificate in the California Party from Cook's American Tours issued in 1888 to travel First Class for $175. This historic document has an ornate border around it with a vignette of the company's name and a light underprint of a ship, cabin and train. This item has been hand signed, Thomas Cook & Son, and is over 124 years old.