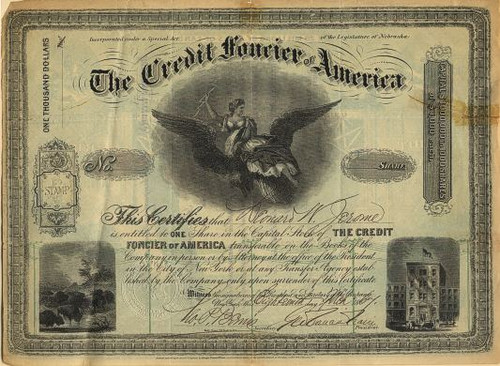 Beautiful certificate from the Credit Foncier of America issued in 1867. This historic document was printed by Henry Spear Company and has an ornate border around it with a vignette of an angel holding a lightning bolt, a historic building, and a group of buffalo. This item has the signatures of the Company's President, George Francis Train and Secretary, George P. Bemis. 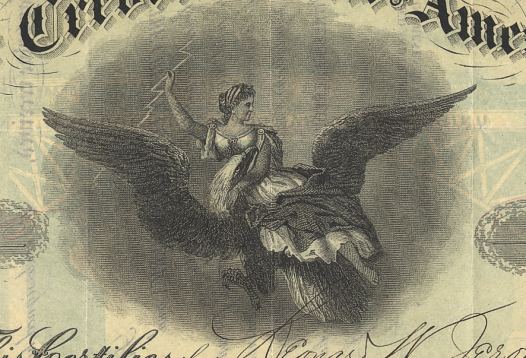 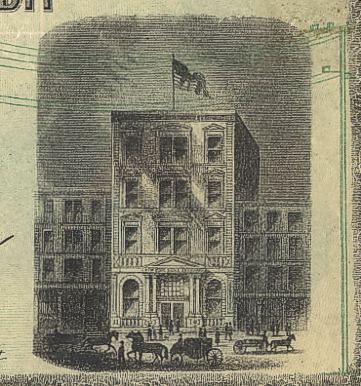 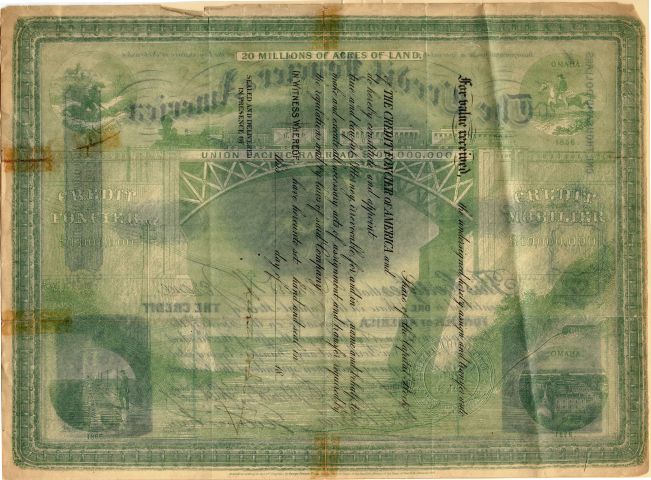