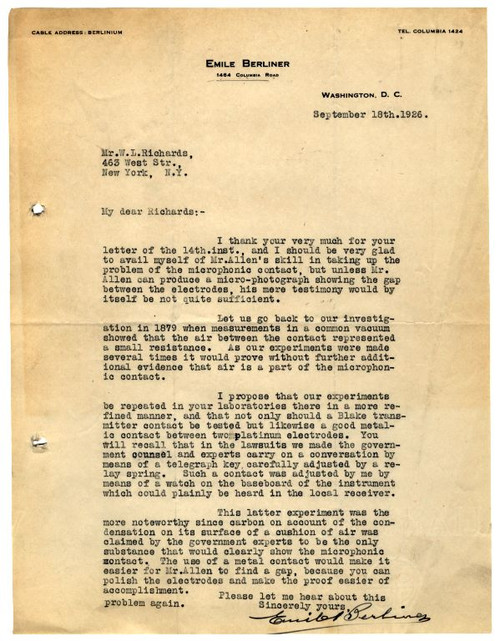 Emile Berliner (1851 - 1929). German-American inventor best known for inventing the gramophone record, a lateral-cut flat disc record for use on the Gramophone. His invention of the carbon microphone for Alexander Graham Bell’s telephone was instrumental in the sound quality and long distance transmission of discernable sound of the telephone. Berliner received a patent for his microphone technology in 1877. Typed Letter Signed at the conclusion by Berliner. He writes to W. L. Richards discussing his development of microphone technology and defense of his patents, in part; “Let us go back to our investigation in 1879 when measurements in a common vaccuum showed that the air between the contact represented a small resistance...I propose that our experiments by repeated in your laboratories...” Dated 18, 1926. 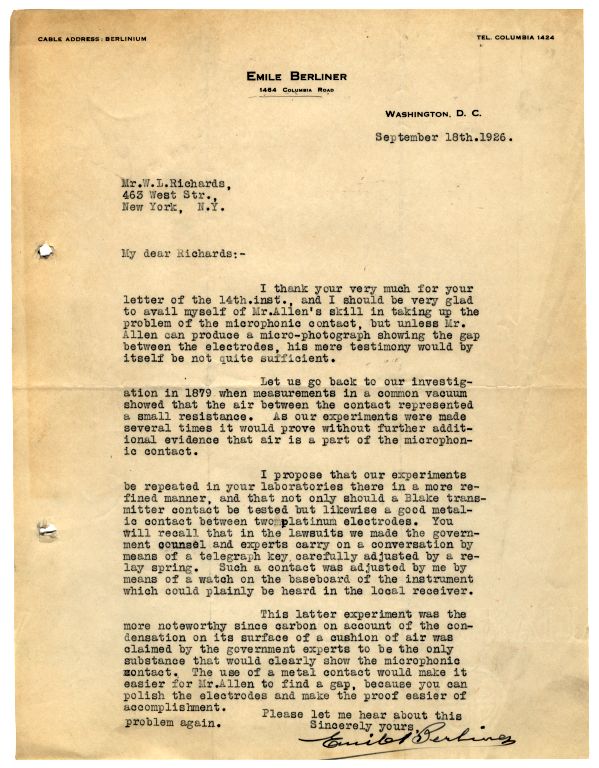 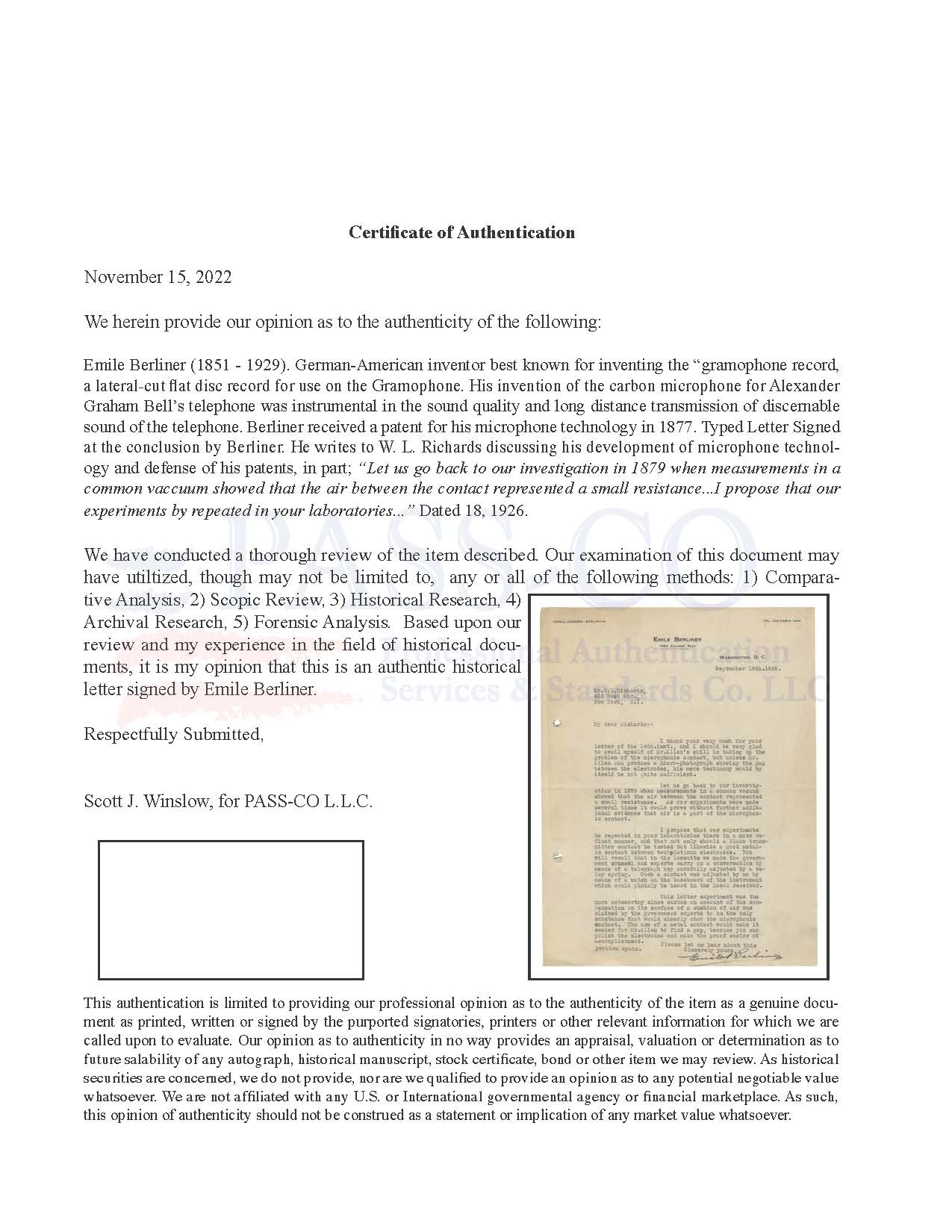