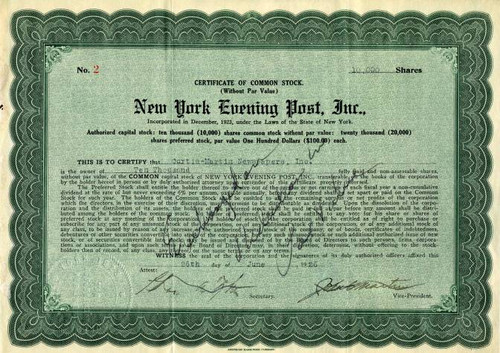 Beautiful certificate from the New York Evening Post, Inc. issued in 1926. This historic document was printed by the American Bank Note Company and has an ornate border around it with a vignette of the company name. This item has the original signatures of the Company's Vice-President, John Charles Martin and Secretary, and is over 87 years old. The certificate was issued to Curtis Martin Newspapers, Inc. for 10,000 shares. Curtis Martin Newspapers, Inc. later became Public Ledger, Inc. 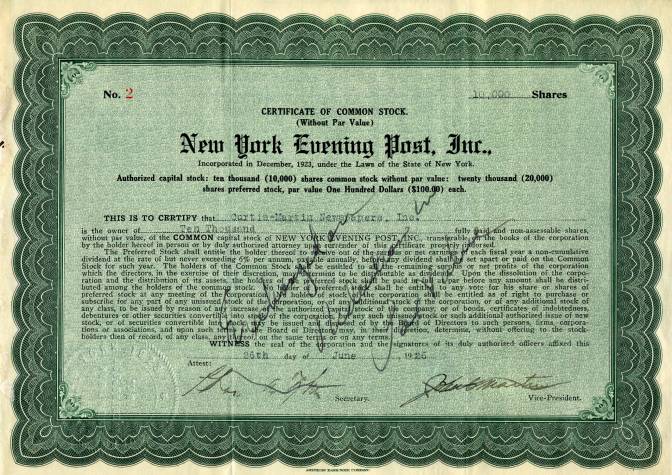