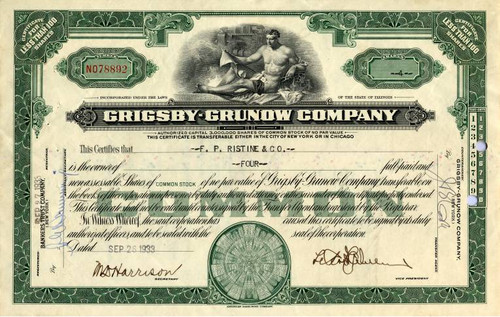 Beautiful certificate from the Grigsby-Grunow Company issued in 1933. This historic document was printed by the American Bank Note Company and has an ornate border around it with a vignette of a greek god. This item has the hand written signatures of the Company's Vice President, and Secretary, and is over 81 years old. 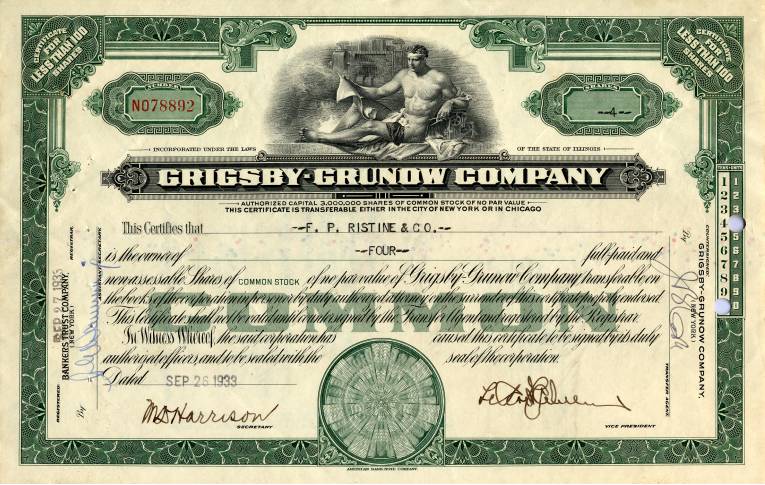 Certificate
The Grigsby-Grunow Company was formed in 1928. The company's radio sales were extraordinary due to the superiority of their speakers over that of others on the market. However, the Depression soon caught up with Grigsby-Grunow, and by 1933, the company was bankrupt. The business was re-formed into the Majestic Radio & Television Corporation which made the Majestic line and General Household Utilities which made the Grunow line until 1937.