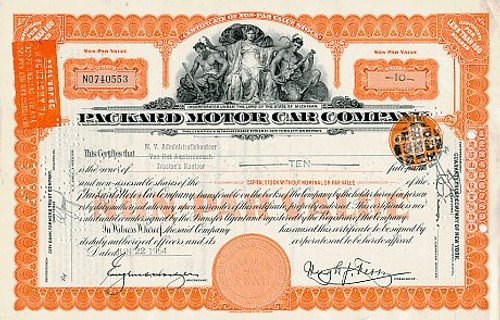 Beautifully engraved certificate from Packard Motor Car Company. This historic document and has an ornate border around it with a vignette of three allegorical figures dated no later than 1955. This item has the printed signatures of the Company's Officers and is over 50 Years Old. 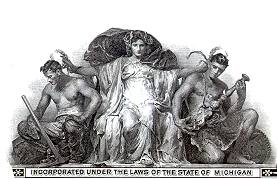