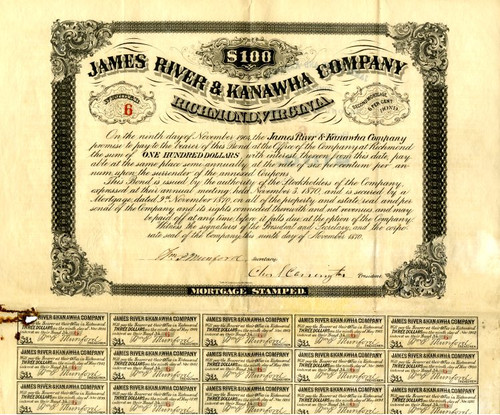 Beautifully engraved certificate from the James River and Kanawha Company issued in 1870. This historic document was printed by A. Hoen & Co. , Baltimore and has the company's name in fancy print on top center. a This item has the signatures of the Company's President, Chas. S. Carrington and Secretary, WM. P. Munford. 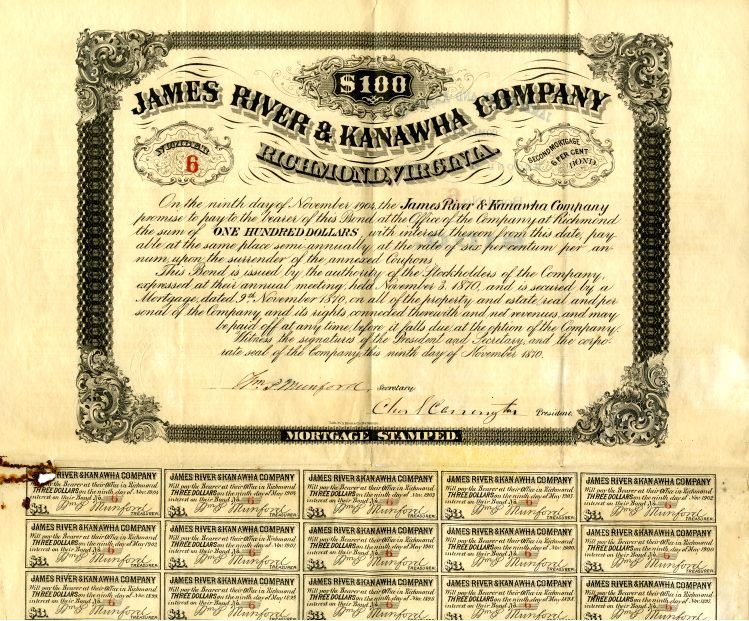