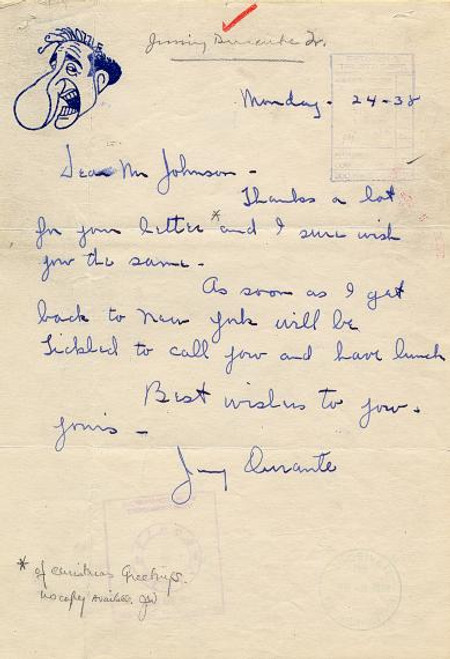 Historic handwritten letter from Jimmy Durante dated in 1938. This item has the signature of the Jimmy Durante and is over 69 years old. The letter and envelope has a characture image of Jimmy Durante on it. 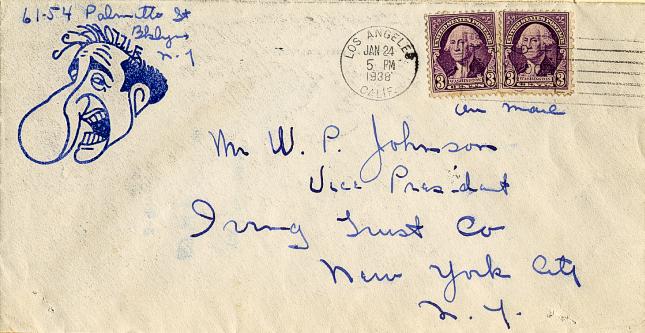